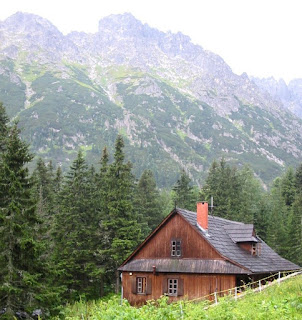 I've been reading J.D. Vance's fantastic Hillbilly Elegy: A Memoir of a Family and Culture in Crisis. It's a reflection on growing up in Appalachia and the plight of the rural poor. The book has been provoking a lot of thoughts, especially about the rural Midwest and South and many of the struggles created there by the modern economy. At the same time, it's also a very personal story, and one of the personal things it is making me reflect on is the way sin warps the horizons of our imaginations.

Here's what I mean. Vance, like many in similar settings of poverty, had a rough childhood. His mother was married to a long string of men, many of whom were abusive. He grew up used to the idea that marital conflict involved throwing dishes and screaming. His notions about the future were also warped - in a world where most people either worked disappearing manufacturing jobs or lived on welfare it was hard to dream of college and a better life. His whole perception of what was possible and what was normal were limited by the world he grew up in.

This is a common idea. It is, in many ways, a struggle shared by the urban poor, many of whom grow up in environments where violence is common and criminal activity seems like the only way to make any money at all. It is a struggle shared by all of us, in a way - the patterns of our parents and those close to us often defines as "normal" things which are in fact tragic. And that sense of normalcy causes the tragedy to perpetuate.

But what strikes me as a Christian is that, writ large, a much deeper specimen of this problem affects the whole human race. The argument of Scripture is that we have toppled from a place of innocence and righteousness to one of sin and corruption. All Christians confess this as true, but none of us fully appreciates what this means. We are all in the midst of the sin and corruption, so deep in it that picturing innocence is like a fish picturing dryness.

I mean, just try to imagine a world without sin. A world where nobody lies to each other. Nobody uses other people for their own ends. Nobody puts their interests above those of their neighbors. No man has to worry that there is calculating envy behind the gaze of another; no woman has to worry there is dehumanizing lust. Everyone is treated with respect and dignity, because everyone respects and recognizes the dignity of their fellow creatures. There are no wars or abuse or neglect or spite. There probably aren't even words for those things. Can you imagine what that world would be like?

I can't. I mean, I get the broad outlines of it. But life truly without shame, without guilt, without deceit, without mistrust? I have never lived it, or anything even resembling it. Yet that is what Christianity calls us to imagine, and to seek, and to work for.

One of the great struggles for children who grow up in abusive homes is understanding that such abuse is not normal. That it represents a horrible divergence from the norm. While that is a particularly grievous form of brokenness, there is another sense in which we are all children of our first parents' abuse - that Adam and Eve rebelled, and we keep on rebelling, and it's become so normal we don't even recognize it as rebellion anymore. We don't recognize how much it has wrecked us, and how much it is still wrecking us.

One of the first steps in overcoming this is to begin to work to lift our horizons. To recognize that, while things are this way, they ought not be. The world should be something greater. There are moments - when your child grasps your hand, when the crisp autumn air meets a warm cup of cider - when we get that everything should sing like that. Part of following after Jesus is believing that it could, and that it will. Believing there is a possibility beyond what we've all been raised to know, and beginning to chase after that possibility.
Labels: Sin