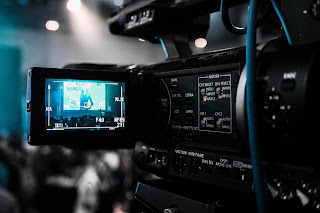 I want to talk a little about a specific question that I hear sometimes and use it to make some general observations about preaching in the church. The question is this: given modern communication technology, what is the place for the pastor in the local church? More specifically, can technology serve as a replacement for local preaching?

For those not up with the current trends, this question manifests in several ways. Some individuals view the sermon podcast - or, for past generations, the television preacher - as a replacement for sitting under the word in a local setting. For others, for some entire churches, modern technology results in streaming video of a celebrity pastor, sometimes in an entirely different city as a replacement for the Sunday morning sermon.

Right away, we should note there are good uses for this technology that aren't in question. Certainly, recorded sermons can provide wonderful supplemental devotional material. Since the earliest days of the church, sermons were written and shared between Christians. Several New Testament books may well actually be such sermons, and I have volumes of collected sermons on my bookshelves ranging from John Chrysostom to Jonathan Edwards. I enjoy podcasts of certain preachers while out on my bike or working in the yard. There are uses beyond this that also seem appropriate - the person far from a gospel-preaching church or a local congregation without a pastor might well use modern media beneficially in these ways.

However, none of those uses is the point. The question has teeth not when it is about supplementing local preaching or addressing its lack of availability but when it is about replacing such local teaching. This makes me uncomfortable for a variety of reasons. Some I won't even dwell on here - for instance, it often engenders cults of celebrity that are more about an eloquent speaker than Jesus. It also puts such churches at risk when a significant moral failure occurs, and it can subtly train us in a consumeristic view of the church.


The point, for me, is that the question often misunderstands what makes preaching effective. Where it gets its power. So let's ask that question instead - what makes a sermon effective?

Of course, the ultimate question to this answer is "the activity of the Holy Spirit." For preaching to change hearts, God has to supernaturally work through it. The best preaching, absent the Spirit, is just useless babble. However, that is beyond our control. We can (and must) pray for God to move, but ultimately He is like the wind, blowing where He pleases.

Beyond this, while it is ultimately up to God, there are things we can do in preaching which ordinarily fit with the Spirit's activities. We shouldn't miss the basic answers here - effective preaching is biblical, comprehensible and applicable. It teaches Biblical truths, anchored in the words of Scripture. People can follow it, understanding what the preacher is saying. And those truths are clearly applied to life. They aren't presented as scholarly curiosities but as necessary and to be put into practice. These things matter, and they can certainly be fulfilled by a face on a screen just as easily as a body in a pulpit. However, I would add to them two more elements.

First, effective preaching is personal. Not just that it involves personal anecdotes or is delivered in a human voice, but that it finds part of its power in the life of the person preaching it.

Aristotle, when discussing rhetoric - the art of communicating with each other - says that effective communication has three parts. There is the "logos," the words and arguments the person makes. This is what you would find if the sermon were just written text on a page. There is the "pathos," the way it is delivered. How the words are said, gestures, the stuff they teach you in public speaking courses. Both of these things matter, but for Aristotle, they are both secondary. The most important part of communication, he says, is the "ethos" - how a person is seen and received by their hearers. Who the person is in relation to the hearers is the most important part of how their words are received.

This is part of why character matters for pastors. Character in the obvious public senses - hypocrisy and scandal can destroy a preacher's effectiveness - but also in the subtler, more personal ways. A pastor who is arrogant or selfish or cruel virtually guarantees the Word will fall on deaf ears.

More than character, though, ethos is about being known as a human being in relationship to God and to His Word. As the preacher walks through the struggles of life - wrestling with sin, groaning under suffering, rejoicing in salvation - as they do this before and beside the people of the church, it actually lends strength and credibility to the words they say. Notice this isn't just saying that pastors must apply the sermon to themselves, although that is a part of it. More important is that they are seen within relationships as working through that application.

The truth is that people are far more likely to hear God's truth when it is proclaimed in the context of relationship. I have visited churches and sat under preaching that is, by public speaking standards, pretty terrible. Boring, unclear, wandering. Yet the members of that church receive it joyfully and are grown under it. I used to think this was simply because they didn't know better, but I have come to realize over time that it is I who was actually confused. The reason those congregations relished the preaching was that they knew the preacher. This was the person who visited them in the hospital, prayed with them in their homes, and broke bread with them at his table. Certainly, the sermons would still be helped by a few clear points and a bit of rhetorical practice. However, the point was that the person mattered far more than the polish.

In addition to being personal, effective preaching must also be particular. The very act of preaching reminds us that the pastor's role in the pulpit is that of translation. It is taking God's Word spoken in one time and place and proclaiming it to people in another. This is why we have sermons rather than simply reading the text and saying, "there you have it." Preaching is always about helping a group of people understand and apply God's truths to their situations.

Churches are different and need to be challenged in different ways. Consider, for instance, the broad demographic differences in our world. Preaching about money will focus on different things in a place that is poor than one that is wealthy. Preaching on race focuses on one set of sins and struggles in a church that is predominately white and a different set if the church is predominately some other ethnic group. Calling people to trust in their heavenly citizenship rather than earthly powers has one slant if you live in deep-red rural country and another if you are in a dark blue urban setting. Even beyond these regional and class differences, every church has a particular place it is living. A complex collision of history, geography, current events, and personality means that every congregation has a particular character to it. There is a web of successes and failures and tragedies and faithfulness that makes every church unique.

Preaching becomes more effective the more it can address the particular character of those sitting under it. Obviously, there are truths that transcend such divisions. That is why the church should be a diverse place. Yet the very act of preaching also acknowledges that we need to be addressing these people in the place where they are living. If we didn't, we could dispense with preachers entirely.

Failing to practice this particularlity isn't just less powerful. It can also become dangerous. Any sermon should contain enough challenge to convict us and enough grace to draw us toward healing. When we fail to recognize our specific place we end up failing to challenge the people in our pews. We end up preaching to the proverbial choir, leaving our people feeling righteous rather than repentant. We end up talking about sin in ways that make people look down on their neighbors rather than thoughtfully at their own lives.

So, particular and personal. Neither of these is meant to replace the other things we mentioned. Obviously, it is still the Spirit which brings true change. Likewise, good ethos and knowing your congregation is useless if it isn't biblical and applicable. It doesn't matter if you're aimed at the right target if the gun isn't loaded. However, my concern with much of the discussion about modern media and preaching is that it tends to discount the necessity of those realities. As a result, while churches may hear true things delivered excellently, they are being starved of the specific person whose presence is God's appointed instrument to bring His word to them.
Labels: Preaching