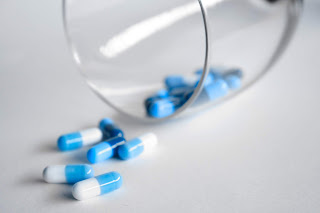 "Shadrach, Meshach, and Abednego answered and said to the king, 'O Nebuchadnezzar, we have no need to answer you in this matter. If this be so, our God whom we serve is able to deliver us from the burning fiery furnace, and he will deliver us out of your hand, O king. But if not, be it known to you, O king, that we will not serve your gods or worship the golden image that you have set up.'" (Daniel 3:16–18)

Thanks to Elizabeth’s terminal cancer, we are both forced to dialogue more than most with the range of ideas Christians have about healing. I was recently exposed to one example of this in the form of a discussion of “great faith.” According to this teacher, “great faith” meant an absolute certainty that, as long as you unwaveringly believe that He will, God will bring physical healing. Faith means “claiming for yourself” the healing that God has already provided.

There are three issues with this rhetoric. One is that it is unbiblical, although parsing the fullness of why would take another post. A second is that it is unimaginably cruel. While rarely made explicit, the obvious corollary of this teaching is that Christians who suffer or are sick or disabled deserve it – they just haven’t believed hard enough. Meanwhile, those who experience healing also deserve it. Millions of people have been ravaged by this heartless, meritocratic approach to healing.

However, the third issue, and the one I want to focus on here, is that it is self-deceived about what “great faith” actually looks like. It embraces a petty definition of the Christian hope and tells people to trust God in a way that ignores the more profound idea of “faith” that Scripture contains.

I can think of no better definition of full-orbed faith than that found in the profession of these three men in the book of Daniel. They have refused to bow down to Nebuchadnezzar’s idol. In their defiant proclamation of trust in God, we recognize that they are proclaiming faith on three levels, and losing any of those levels ultimately diminishes the true hope of Scripture.

“Our God whom we serve is able to deliver us from the burning fiery furnace”
The first proclamation involves the nugget of truth contained in the “great faith” lie. Part of faith is trusting that God is sovereign over all the forces of this world. He is greater than anything that might harm us, greater than disease or circumstance or tyranny or death itself. This should lead us to a trust that God is mighty, and that therefore He might bring healing. There is nothing preventing Him from it.

While we are in a moment going to criticize having only this piece, it is an important one. In our age it is naturalism that breeds a skepticism that God can heal; in other ages, it was other things. Regardless, we are always called to be reminded of God's absolute power over the powers of the world. Part of having faith is believing that God is able to deliver us even from our present circumstances. Yet this is not the full meaning of faith or even the main part of it.

“He will deliver us out of your hand, O king”
It is easy to blur this second declaration into the first – that is how many use it. First, they say that God is able to deliver, and then they say that He will. Shadrach and co. are naming and claiming God’s promise.

Except that isn’t what is happening here at all. If it were, the third statement (which we’ll examine in a minute) would make no sense. Neither does the shift in object – no longer is it the circumstance of the fiery furnace that is in view but rather Nebuchadnezzar’s power and reign as a whole.

This is a proclamation of ultimate deliverance, and it finds its fullness in Daniel 12: “But at that time your people shall be delivered, everyone whose name shall be found written in the book. And many of those who sleep in the dust of the earth shall awake, some to everlasting life, and some to shame and everlasting contempt.” (Dan. 12:1b-2 ESV) Daniel gives one of the clearest Old Testament proclamations of the hope of the resurrection of the body, and it is pictured as a deliverance (the Hebrew root there is different but the idea is the same; see its linking to a ruler’s hand in 11:41).

Christian faith is ultimately future-oriented. God is able to bring deliverance in our current distress, and at times He does, but that is not foundational to our hope. He often lets us suffer in this age as well. If nothing else, the mortality rate is 100%. Every faith healer who names and claims deliverance, just as surely as the rest of humanity, will eventually meet an illness that God chooses not to heal, and they will end up food for worms as surely as the humble saint who did not demand such “might acts” of God.

More than that, the issue is that our hope for healing doesn’t rest in this age. God does promise to forgive all our iniquities and heal all our diseases. Those things are secured in His work. However, they are not made manifest until He returns – when at the final judgment we are definitively proclaimed justified and when at the resurrection we are raised imperishable and whole. There is a guarantee that nobody will be left in a wheelchair or afflicted with cancer, but that guarantee is for the age to come.

It is actually a failure of faith to demand these things appear in this age. We are failing to believe God’s promise of future deliverance when we insist that it must arrive in this life. In the name of “great faith,” some Christians are actually abandoning the great hope which is meant to drive our faith through life’s tribulations and the flesh’s failings.

“But if not, …we will not serve your gods or worship the golden image that you have set up.”
This is where things go even further, and what most clearly exposes the lie of guaranteed healing. These three Jewish exiles are not refusing to conceive of the fact that God might not intervene. They name it and confront it head-on. Their proclamation is instead that, even if God turns them over to the flames, it doesn’t matter. He is still the Lord and they will still worship Him alone and only in the ways He commands.

Faith is not a lever we use to move the Almighty. Faith is not a currency we manufacture that God needs. Faith is not something that, if you have enough of it, you can control His sovereign plans. Faith is the settled submission and trust that God is God and we are not, that He saves us while we deserve nothing, and that He is worthy of all glory and honor and praise simply because He is Lord and we are His creatures.

The greatest danger of faith-healing rhetoric is that it makes faith, not God, the object of our hope. The Lord will fall in line, we believe, if only we can believe it enough. Which is just another way of saying that we place our hope in ourselves rather than our Creator.

Here is the truth of things, the truth that both Elizabeth and I regularly have to explain to people. God is able to heal any disease. He will at the resurrection, and we find great comfort in that fact. It is that ultimate healing that helps reassure us of His goodness and allows us to live in His plans even when they involve our pain. We certainly also ask Him to do it in this age, but we ask with the full knowledge that He often says “no” to such requests. Ultimately, for every saint, there comes a point when He says “no.”

Most importantly, though, none of that affects the deeper reality that God is the Lord and we exist for His glory. I desire my wife to grow old with me, but if I let that desire overtake my fear of the Lord, then I have made her an idol. If we place our hope in healing rather than King Jesus, we have actually betrayed the faith we are called to have in Him.

Which is why, at the end of things, the idea that “great faith” means “certain healing in this life” is so deadly. It turns people away from the worship of God and teaches them instead to trust in particular outcomes. They are hoping in a change of circumstance rather than the One whose love never changes and who will receive us into life within the manifestation of His glory. Instead, this must always be our profession: “God can deliver in this life. God will deliver in the end. Even when He doesn’t deliver in this life, He is still God and we will give Him praise.”
Labels: Cancer Faithfulness Theology