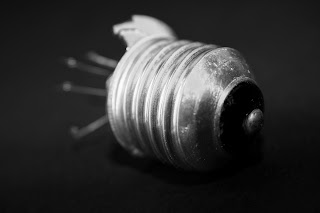 For reasons I don't fully understand, I’ve had to engage with many different situations of abuse in marriages, of children, etc. over my years of ministry and before. It is an issue the church often fails to address well, if it addresses it at all. I’ve become increasingly passionate about it and have done a great deal of reading and some training on the topic as I’ve wanted to be faithful in this calling. And, because I’ve had several discussions about it lately and touched on it in a sermon, I want to say a few things that I hope can be helpful to others. I am not an expert. That said, over the years, here are nine things I have learned about this topic, drawn from various books and articles by those who are.

Abuse is About Power

People often wrestle with the term “abuse” because it feels nebulous. It is true that, in our world, it can be used broadly and at times inaccurately. Abuse is not simply someone being a jerk, or being insensitive, or selfish, or some other ordinary personal failing. Instead, it is a pattern of domination meant to control a victim through fear. In biblical categories, abuse is oppression (a theme explored throughout the OT prophets) expressed in a specific relationship, often an intimate one.

We need to understand this reality first because without it we can misdiagnose abuse as something else. For instance, physical abuse is excused as an issue with anger (more on that below). Sexual abuse is seen as a struggle of sexual desire. These perceptions are understandable, but they are wrong. Hitting a woman, marital rape, sexual assault, child abuse—these are in truth strategies to dominate and control. If we don’t understand the power dynamics at work, we can miss what is actually taking place.

Stemming from the first truth, abuse is an intentional strategy of domination. The abuser might deny this truth to others and even themselves at a conscious level (abusers tend to be extremely good at deception, especially of themselves), but they are not “out of control.” Their actions are calculated to gain and keep power.

I remember hearing an abuse counselor tell a specific story I found helpful. She talked about a client who excused her husband’s actions as being a result of anger that caused him to lose control. He would storm around the house breaking objects, seemingly unable to help himself and not knowing what he was doing. The counselor asked the woman, as part of her processing, to make a list of all the objects her abuser broke. To the woman’s shock, after making a (long) list, she realized that every single item on the list was hers; not one belonged to her husband. And most of them were objects connected to her family or other items of emotional significance. If the abuser were truly out of control, they would be indiscriminate in their destruction. He wasn’t; his rages were in truth carefully calculated to hurt his wife.

This means that, if you are entering into such a system, you are doing so with someone intentionally seeking to deceive you about its reality. The abuser will know what they are doing and will do everything in their power to keep you from recognizing it.

One of the things that muddies the waters in diagnosing abuse, both for victims and for those in relationship with them, is that abuse often runs in cycles. There are periods of extreme mistreatment interspersed with periods of sorrow and even kindness. Psychologists call this strategy “love bombing.” In truth, it is part of the strategy of domination. It essentially combines the carrot of the good times with the stick of the bad to keep the victim under control. Whenever it looks like the abuser might be going too far and driving the victim toward seeking help or escaping, they will relent and try to woo them back.

Indeed, the good times can go on for months or years, at least to some extent, as long as control is maintained. Another helpful example: in situations of physical abuse, the periods of actual physical violence can be rare. This isn’t because the abuser has actually improved; it is because the threat of that violence is sufficiently serving to dominate. A husband might have hit his wife years ago, but now an angry look or clenched fist communicates that threat and makes the actual hitting unnecessary. But that isn’t healing; it is just the power plays going underground.

That said, even with those good times, the cycle will repeat and get worse over time. As the victim is slowly ground down, the good times are less frequent and the cruelty gets more severe.

Perhaps the hardest truth to get people on the outside of such relationships to understand is that abusers tend to be immensely likeable people. “So-and-so could never do that” is a common argument against victims of abuse when they share their stories. The problem is that being likeable is a necessary part of the abuser’s strategy. It is how they get away with the evil they are perpetuating. Their kindness, respectability and friendliness to outsiders is part of how they maintain power. It is a strategy to preemptively cut off possible avenues their victim would have to get help.

Connected to their likeability, it is crucial to understand that if you are relationally connected to an abusive relationship, you are probably being used by the abuser to help maintain that control. “No one will believe you” is a taunt abusers often use to beat down their victims. When the victim starts to assert some level of independence, the abuser will often go to their friends and complain about the victim’s irrationality or cruelty. I have seen situations in which friends are brought in by the abuser to “help” the victim by telling her that it is all her fault and that she is the one who needs to change. These friends might be well-intentioned, but they are actually aiding and perpetuating evil.

Making the above even harder, victims often appear to be the people with significant problems. They are messy, struggling, emotionally wrecked, and vulnerable. Sometimes they’ve developed addictions or other unhealthy habits to cope. Of course this has happened; they’ve often lived with years or decades of the worst treatment imaginable! Their trust in themselves, in others, and even in their perceptions of reality have been attacked over and over. Because of this, when they seek help, they are often blamed and dismissed, which only further breaks them.

I’d encourage you to sit with the last three facts for a few minutes, because they are key to understanding how you should engage with people in abusive relationships. Understand: your first impressions are almost always guaranteed to be wrong.

Imagine for a moment that you are invited to address the political relationships of some terrible dictatorial regime. You meet with representatives of the two sides. The first one, the government’s representative, wears an expensive suit and is educated and articulate and buys you nice dinners and flies you around in his private jet. The second is poorly dressed, traumatized, and struggles to explain what is happening to them. That is actually a symptom of tyranny; why would you expect something else? The dictator has all of the power and is deeply invested in you taking their side. Yet we will often take it as the tyrant being somehow in the right when in fact they are doing the worst things imaginable to their citizens.

That is essentially the dynamic of abuse. You need to be skeptical of your first impressions and listen well to the victim, looking for signs of mistreatment.

This truth needs a caveat first. People are often worried about “false reporting” of abuse. This worry is not unfounded in certain situations. Notably, many narcissistic abusers will accuse their victims of emotional or verbal abuse as a part of their control strategy. If someone cavalierly talks about how toxic or abusive their spouse/child/other potential victim might be, some skepticism is warranted.

However, this is emphatically NOT the case with disclosures of physical and especially sexual abuse. False accusations are extremely rare in these cases. The emotional pain and public shame a victim feels at being mistreated in these ways is unimaginable. It can take years or decades to admit them even to oneself. If someone discloses these sorts of hurts, even if you find them hard to believe, you should assume they are probably true and be skeptical of your instincts. After all, as we’ve already said, seeming like they would never be an abuser is key to an abuser’s strategy of control.

Victims Need To Be Believed

Which brings us to what you can do. The first and most important \step is to listen to and believe someone when they talk about ways they have been abused. Is there room for questions or even pushback (much) later? Sure. However, you are probably not the person to do it. When someone shares something that sounds like abuse, saying “I believe you, and I am so sorry” is the proper response. Be supportive. Be safe.

Believe them, and then get them professional help. Help them find a counselor or therapist who specializes in these issues. You are simply not equipped to assess everything that is going on and give accurate counsel on your own. In addition, in cases of physical or sexual abuse of minors, law enforcement should be involved.

I’d encourage you to pursue finding help for victims even if you feel some skepticism about their story. Even if you think they aren’t accurately assessing things, unless you’ve had special training, you are too close to the situation and not equipped to understand it. Systems of abuse are fundamentally different than normal relationships; the wisdom you would otherwise offer is not going to be helpful if abuse is taking place and can actually cause further damage.

One other note on that: I deeply believe that the church should be engaged in caring for victims of abuse. That said, many churches are not safe spaces for victims. In particular, many pastors have zero training in this area and in their hubris assume they are nonetheless qualified to pass judgment. Even as someone who has done a lot of reading and has some training, I always bring in outside professionals when abuse is alleged because I’m not equal to the task of providing sufficient care.

That said, while you aren’t a trained professional, there is much you can learn or do. Below are a few books that I’ve found helpful in engaging with some of these issues.

Is It Abuse?, Darby Strickland: Every church leader should read this book; it’s what I recommend for a biblical and counseling perspective on the realities of different kinds of abuse. Especially aimed at abusive marriages.

What Is A Girl Worth?, Rachel Denhollander: Rachel’s personal story of childhood sexual abuse, interspersed with a great deal of wisdom about the issue. Denhollander in general is a great Christian resource on these issues.

Becoming a Church That Cares Well For The Abused, Brad Hambrick: A great practical guide for churches and church leaders, especially aimed at abuse of children and how churches should respond but touching on other areas as well.

The Emotionally Destructive Marriage/Relationship, Leslie Vernick: A helpful pair of book for victims in abusive or potentially abusive marriages or other relationships.

Healing from Hidden Abuse, Shannon Thomas: A helpful book about the stages of recovery from abuse, again aimed at victims but also very helpful for those walking beside them.