On the SBC Abuse Report and Owning Our Failings 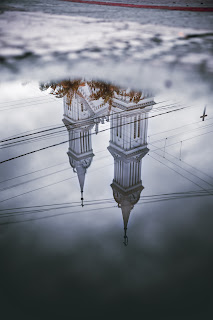 This morning, while preaching, I spent a few minutes talking about the reality of abuse in the church, and that we needed to confront it and take it seriously and repent of it when we fail.

This afternoon, a bombshell report dropped about abuse in the Southern Baptist Convention, the largest Protestant denomination in the U.S. It has been a long time in coming, and it is far worse than I think anyone imagined. Particularly focused on the Executive Committee, the leadership body of the denomination, its findings included:

So I am heartbroken, and I am angry. I’ve been passionate for a long time for the church to do better on these issues, and this is just one more example of how badly we have done. And since it’s something I just spoke to, I want to take some time to talk about the issue. Not in terms of pointing fingers at the SBC, but in terms of owning failures we can all fall prey to. Renewed life only comes after the dead parts are cut away, and there is a lot of death in a report like this one.

Abuse is a problem bible-believing Christians need to own as ours, and repent of our failures, and accept what chastisement will come. That includes Christians (like me) who aren’t Baptists and Christians (like me) who would struggle with the label “evangelical” but are committed to the authority of Scripture and the proclamation of the gospel. Like it or not, these are our people—they look a lot like us, cross-pollinate with us, and share many theological commitments.

There already are, and will be, a long procession of “takes” which try to blame this or that theological or structural or cultural distinctive of the SBC for these failures. Their confusion with American politics. Their lack of any real denominational accountability. Their beliefs about gender and church leadership. The influence of a glory-seeking, ends-justify-the-means revivalism on their approach to the church. I’d share some of those critiques. But that can very easily turn into hand-washing. It is failing to admit the deeper reality: that we are all culpable when such massive failures rock the church. Especially those of us in leadership.

How are we culpable? Part of the answer is something I found myself sharing just this morning, not realizing this report was about to drop. There are unavoidably things about different Christian communities that will attract people for sinful reasons. The power-hungry will seek organizations with hierarchies they can climb. Men who want to abuse women will seek organizations that are led by men and that support more traditional gender roles. Child abusers will seek out communities that give them access to children. The corrupt will be drawn to networks that can protect them in their corruption. Churches are not unique in these features—there are other institutions that share some or all of them. It is not those churches’ fault, exactly, that some of these features will draw those who want to abuse them, any more than a daycare or a synagogue or a democracy is at fault when abuse happens there for a similar reason.

That said, we are responsible for recognizing those potential abuses and taking every step we possibly can to stop them and bring them to light when they occur. If you owned a gun and someone broke into your house, took it, and committed a crime, I wouldn’t hold you at fault. But if you left that gun propped up in your front yard, unsupervised, with a box of ammo and a neon sign saying “firearm here,” the math would change. If our churches are places where abuse might happen and we aren’t taking steps to make sure that doesn’t become a reality, or to respond appropriately when it does, the abuse is our fault.

So in what follows, I want to name some tendencies that I think lead to such abuses that all Christians share. These are all things we can be guilt of. I think I’m guilty of them in some ways. So I want to name them and work to put them to death and invite you to do the same.

Jesus doesn’t give a rip about any of that. He can turn the stones in our landscaping into a megachurch congregation if He wants. Jesus cares about faithfulness, and one of the cornerstones of faithfulness is courageous truthfulness. No matter the cost. No matter the institutional pain. No matter the losses in finances or attendance. When we lie and cover up and threaten to keep the truth from coming out, we are siding with the Father of Lies. And we ought to tremble lest we go with him to his ultimate destruction.

Part of our failure is a result of focusing on theology over Christlikeness. What we believe as Christians matters deeply. I don’t want to diminish this. But there is a way that I think certain theological debates have warped our priorities in the American church.

American Christianity still bears the marks of the fundamentalist-modernist controversy, which led to the split between theologically liberal mainline and theologically conservative evangelical churches today. I am absolutely theologically conservative, in the sense that I think that to be a Christian means affirming the reliability and authority of Scripture, the reality of human sinfulness, the atoning death of Jesus and His bodily resurrection and future return. I’ll gladly stand on the necessity of those beliefs, and I appreciate those who made real sacrifices fighting those battles over the last century and a half.

However, one of the tragic effects of that struggle is that too many Christians have prioritized being on the “right side” of that debate as the sole and supreme mark of Christian virtue. This certainly seems to have been the case in the SBC, where (as Russell Moore notes in his great piece) the two once-lauded men who engineered the theologically conservative swing of the denomination (Paige Patterson and Paul Pressler) are themselves guilty of heinous sins (one of covering up abuse and rape; the other of committing them). These were men whose professed theology was right but whose character was the opposite of that of Jesus.

Theology matters, but only when it leads to and is serving virtues like humility, self-giving love, gentleness, and self-control. When it is valued over these virtues, it quickly turns into an excuse for their absence. This is particularly true of pastors and church leaders. The biblical qualifications for who should lead the church are overwhelmingly about Christlikeness. If you are willing to fight against liberal theology but also defend loveless or prideful church leaders, you are not on the side of the angels. The goats and the sheep both had their Christology correct; the difference was in their hearts.

Lastly, part of our failure is not pursuing the people Jesus cared about most. While God loves everyone and wants everyone to come to know him, the Scriptures clearly portray Him as having a special heart for the oppressed, the helpless, the least, and lowest. He is the Advocate for those suffering injustice. He is the Defender of the downtrodden. He cares for the widow and orphan, the sojourner and sufferer. And so His heart is also for the abused child, the battered wife, the raped college girl and the sexually assaulted parishioner.

The fundamental failure of so many Christian institutions is that they have instead chosen to prioritize the rich, the enfranchised, and the powerful. This is manifested in their tendency to sympathize with abusive pastors rather than their victims. But that is only the outward symptom of a much deeper rot.

For decades, it has often been an explicit church strategy to court the influential. After all, in the logic of the world, they can do more for the cause of Christ. They know more people. They have more money to give. And certainly, God can use wealthy and well-connected people in the work of His kingdom. I know some Christians who fit that bill and who are incredibly faithful in their service.

However, by making them our target demographic, we lose sight of the people we are called to care for the most. We neglect those who are closest to God’s heart. That tendency doesn’t start off as secret conspiracies to slander truth-tellers and protect monsters, but it puts us on the path of favoritism, and the destination of that road is deeply evil.

So I weep, and I repent of the times I have let these things color my own heart. When I have chased success at the expense of faithfulness. When I have excused people of Christless character because they were on my side. When I have let myself chase the lofty rather than the lowly. And I pray you would do the same, and that all that is done in darkness would be revealed, and all those who are wounded would be embraced, and that the church might grow to be more like the One who is its head. Come, Lord Jesus, in our communities, with sword and shield and healing hands.