The Lies We Love To Tell Ourselves 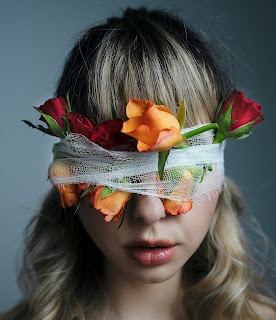 “For although they knew God, they did not honor him as God or give thanks to him, but they became futile in their thinking, and their foolish hearts were darkened.” (Romans 1:22)

Years ago I was sitting across from a man who had destroyed his life. He had cheated on his wife. His kids despised him for his pettiness and cruelty. He had been hiding addictions that had left his family in financial ruin.

I sat and I listened as he angrily recited, not his wrongs, but the wrongs being done to him. Petty things. Justified things. Wildly inaccurate things. And the climax of his rant was this simple, unironic statement: “Pastor, I am a good person. I am a good man. I am a great husband and father.”

I don’t remember what I actually said; it was something I tried to make challenging but diplomatic. However, what I wanted to say was simply, “Seriously? No, you aren’t. Objectively. By any measure. You are not good, as your actions obviously prove.”

I think of that moment often because it casts in stark relief one of the hardest but most important truths of Christianity: you are almost certainly much worse than you think you are. So am I. Sin isn’t just something we do; it seeps down into us and corrupts us. That corruption includes our thinking, the way we view the world, and ultimately our ability to rightly perceive ourselves.

Again, to put a point on it: you are probably deluded in major ways about how bad you are. I am too. We are all warped in our thinking, and while it is incredibly common, it is also terribly destructive. In what follows, I want to try to explain how that happens to us and the beginnings of what we can do to address it.

The process of delusion works something like this. First, because we all sin in all kinds of ways, we are regularly left in places of incongruity. As the apostle says, we “know God” but “do not honor him as God or give thanks to him.” We know we shouldn’t be selfish or cruel or unloving or lazy, but we act in ways that are all of those things at different points in our lives. What we practice never matches what we preach.

This incongruity creates a gap that needs to be bridged. We cannot live long with our own inconsistency. Of course, we could resolve it by accepting that we are in the wrong. However, since we regularly do these bad things, that leads to the inescapable conclusion that such sins are a part of our general character—that we are, in fact, “sinners.” Or, even if we avoid such religious language, we are not in fact good people. We would have to revise our estimation of our general character.

We are rarely willing to do that. After all, we have a lot invested in the idea that our general character is good. So what we do instead is construct self-justifications. We come up with beliefs either about ourselves or about others that resolve the tension and make us feel okay. These include:

The key thing to understand about all of these self-justifications is that they inevitably distort reality. Because we have objectively done something wrong, we have to make our case stronger than it actually is. When we play the comparison game, we don't compare objectively but instead give ourselves the benefit of the doubt while bringing the hammer down on those other people. When we blame others, we make their faults out to be worse than they actually are. Our good deeds will always outweigh the bad because our fingers are firmly on the scales.

At that moment our thinking has become corrupted. However, that isn’t the end point of deception. When a new incongruity emerges and we are just beginning to self-justify, there is still the possibility of real repentance. Our defenses are fragile, and the knowledge we are lying to ourselves lurks just beneath the surface.

The deeper problem is that those self-justifications then become self-justifying narratives. We aren’t just explaining individual instances of sin; we are shifting toward general beliefs about ourselves and our sinfulness as a whole. This happens because, the more times we self-justify in similar ways, the higher the stakes become for us to re-examine the distorted beliefs we are embracing.

Consider that man in my office and, to take one specific issue, his adultery. It would certainly seem to an outside observer that a man who has had multiple affairs shouldn’t qualify as a “great husband,” regardless of other factors, since he’s repeatedly failed even the most basic commitment of his marriage vows. The reason his assertion was so extreme was that it was now bearing the weight of a lifetime of sin.

Perhaps his failings started with some pornography and flirtations with a coworker or two. That created an incongruity with his wedding vows, and so he self-justified. Maybe by thinking of all the good things he did for his wife that offset this one area of failure. Maybe by blaming her or viewing them simply as slip-ups. Regardless, he had committed himself to the idea that he could be a good husband while failing in these ways. Probably over and over. Then the first affair happened. He already has a practiced strategy to justify it to himself, so he uses it again. But now that strategy has become a narrative, and it is bearing the weight both of the affair and of all the prior smaller compromises. The stakes of questioning it are higher. With each subsequent infidelity he was doubling down yet again. By the time he was talking to me, the tiniest suggestion that he wasn’t a stellar spouse would have opened the door to his total undoing. The worse this man became, the more confident he had to become in his goodness.

One other thing to notice: as we live in such self-justifying narratives, further incongruities become easier and easier for us to fall into. We feel our sins less and less; Scripture speaks of this as a searing of our conscience. (1 Timothy 4:2) This both makes us more likely to sin and more invested in our belief that we are not, in fact, sinning at all, which is the crux of the matter. Indeed, our thinking has become futile, and our foolish hearts are darkened.

A final note: this is a struggle for Christians just as much as anyone else. Yes, because we have the work of Jesus and the indwelling Holy Spirit we have real hope in the face of our self-delusion. Yet we aren’t free from such patterns. We can still suppress the Spirit and justify our sins, and many Christians often do. More importantly, we have a lifetime of self-justifying narratives already in place as we seek to follow Jesus. Often the process of Christian growth is really just seeing one of those narratives unravel and beginning to confront issues we didn't even know we had. There are many sins I thought I was free from at twenty that I struggle with today, and more importantly, that I now realize I struggled with then as well and just couldn’t see it.

So what do we do? Let me briefly sketch the process of fighting sin’s corrupting effects on our self-perception.