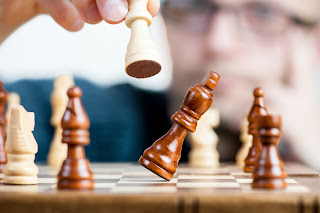 Note: The following includes a discussion about rape.

There has been a debate that has flared up repeatedly in recent years about David and Bathsheba and whether we should discuss what happened in the Bible’s story about them as being adultery or rape. Did they have an affair, or did David rape Bathsheba?

This question is complicated, as I hope some of the below discussion highlights. But I was asked about it recently, so I thought I’d work through my thoughts. I want to point out something about the story, then I want to talk about how we use words like “rape” and “adultery,” and then I’ll offer my (sort of) conclusion.

First, a note about the story of David and Bathsheba: the text is entirely concerned with David’s role in the encounter, not Bathsheba’s. Go read it in 2 Samuel 11-12 and notice how little we are told about her. This silence is part of why we are having this debate; her thoughts and feelings are a black box.

Why this silence? Not because the Bible is disinterested in the feelings or experiences of women (Sarah and Hagar and Esther and Tamar and many other characters explore various women’s struggles in these areas). It is because David is king. This isn’t a story about a man engaging in an affair with a woman; it is a story of Israel’s king engaging in an affair with one of his subjects (one married to one of his loyal soldiers who is also a Gentile convert, all of which colors the story). David’s position is why, in 2 Samuel 12, Nathan rebukes David not as a man who had one lamb and exchanged it for another but as a rich sheep tycoon who wasn’t satisfied with his many flocks but had to steal the beggar’s little ewe.

Whatever we conclude about the idea of rape, we need to realize this story is chiefly about a man abusing his God-given authority to prey on those weaker than himself. Specifically, this means that any retelling of the story that reduces David’s agency while making Bathsheba into some sort of seductress deeply perverts Scripture’s narrative. I’ve heard those retellings, and frankly, I think they happen because the (male) pastors and teachers telling them are uncomfortable with the fact that, more than being a story about the ways of women and men, David’s sin is especially applicable to them as leaders in the church and the particular evil that exists when they abuse their position. “This is what women tend to do to men” is far more sheltering to power-drunk preachers than “this is what men like me tend to do to helpless people.” But that’s probably another discussion.

Second: let’s talk about language. One of the challenges in these discussions is that certain words have both a wide and a narrow sense, and while the wide sense is technically true, the narrow sense shapes the connotation of the word (how we feel about it).

Consider adultery. In the wide sense, it includes any sexual relationship in which one or both parties are married to someone else. It can encompass a serial philanderer, a business trip fling, an unwise rekindling of an old flame, a police officer sleeping with a criminal informant and a mother having sex with her boss because she needs to feed her kids. Scripture condemns adultery in this wide sense, in that all those relationships ought not to happen. However, the way we feel about them and the parties in them can vary dramatically.

The word “adultery” also has a narrow sense. Which is to say, there is a specific situation we default to imagining when we hear it. In our time and place, that tends to be the amorous, fully-consensual affair. Both parties are “in love” with the other, both are roughly equal in terms of agency in society, and both are equally interested in sleeping with each other. We might intellectually understand that there are other scenarios, but our imagination tends toward one of them, and that then shapes how we feel about adultery as a whole. In this case, it makes us feel like adultery is less of a big deal than it often is. Adultery seems almost romantic to us, in a Lancelot-and-Guinevereway way, because we focus on the narrow sense of the word. While, as a pastor counseling people, I’ve encountered a few situations of adultery that resemble that image, far more of them are about predation, intimidation, revenge, desperation, or self-validation. Yet the connotation remains.

Take, for example, one recent scandal in which a pastor confessed a past affair before his congregation only to have things blow up when the other party in the “affair” revealed she was a minor when it started. This wide/narrow distinction helps explain both why he framed the story the way he did (as opposed to confessing, say, “20 years ago I molested a teenager”) and why many congregants rallied to his cause (because they had it mentally framed as an affair, which feels at a gut level like something understandable and even a bit romantic). This situation highlights why the words we use and the way we feel about them matter: because using them wrongly can be a mask for wickedness.

So that is adultery. What about rape? The challenge here is the opposite. We have historically focused exclusively on the narrowest sense of the word, one I won’t describe in detail but which is physically and relationally obvious and undeniable. This narrowness is why many people who have engaged in deeply evil, coercive sexual behavior (sex with minors, sex with unconscious or extremely intoxicated women, sex coerced by threats of retaliation) will nonetheless insist that they haven’t raped someone, and many in society will agree: they have only the narrow definition in view.

Of course, in its wide sense, “rape” is a word that properly includes all sexual encounters in which one person can’t or doesn’t consent. One of the (I think very good) cultural projects of the last decade has been a push to include this wider sense in our discussions of sexual violence. In a society that excuses and even jokes about men doing things to women which Scripture would condemn with the harshest terms, a reclaiming of the horror of such sexually coercive and violent acts is a movement back toward God’s view of things.

So, how do we answer the question? Did David rape Bathsheba? From the above, here’s what I’d suggest: the answer is not clearly “yes” or “no,” but “yes” probably points us in the more-biblical direction.

First, the lack of clarity. We don’t know what’s happening internally for Bathsheba. It is true that there is a dramatic power differential between her and David. That said, I don’t think every sexual liaison with a power differential equates to rape, even giving the term a wide definition. Such gaps in power make consent hard to determine, but I don’t think it makes it impossible to give. Indeed, to define it that way in an absolute sense is to remove all ability to choose from those with less power, which seems to me to be a further violence to them. Some combination of David’s office and Israel’s trust in him and threats of legal retaliation might well have forced Bathsheba into bed against her will. That seems plausible to me, and given that David goes on to murder her husband, it’s not like rape is beyond him. But Bathsheba might also have gone into the encounter with open eyes, seeing it as an opportunity for social advancement or to escape a scandalous marriage. Again, we simply aren’t told, and part of honoring Bathsheba is not telling stories that assume things on her behalf that we aren’t told, whether good or ill.

That being said, I think saying something like “David raped Bathsheba” is probably closer to the truth, in terms of how it affects us emotionally, than “David had an affair” or “David and Bathsheba committed adultery.” As noted, this story is not a generalized fable about what happens when a married man sees an attractive woman and falls in love. It is about a king seeing something he wants (treating Bathsheba as an object rather than a woman equally made in God’s image), taking it using his God-given authority (note the role of Joab, the messengers, and other servants of the state in the story), and then killing another person made in God’s image to cover his dishonor. Ultimately, it is about a king of Israel acting like one of the kings of the surrounding nations and is a revelation that even a supposedly-godly king like David cannot be the hope for God’s people—only Jesus can. “Put not your trust in princes/ in a son of man, in whom there is no salvation.” (Psalm 146:2)

David not only committed adultery but abused his royal power to do it. His evil includes both sexual sin and abuse of power, and that puts it very close to what we would think of as rape, even though we can’t know Bathsheba’s internal life. And it puts it much closer to rape than to the romanticized, boys-will-be-boys attitude that I have heard certain evangelical pastors peddle when preaching this text.

I do think there are reasons to maintain the nuance on both sides, which is why I don’t tend to use the word “rape” to talk about what happened. That said, I have occasionally used the term because it stresses what God wants us to get from the story: that David, despite God’s faithfulness and his deep spiritual life, commits horrendous evil, and that his evil is magnified because of his God-given privilege and authority. We like to shrink down the magnitude of sin, and adultery is an area where both our society and Christianity have tended neither to feel the shuddering magnitude of covenant-breaking nor recognize the coercive, manipulative, self-seeking evils that tend to cause and accompany it, especially by men. The shock a word like “rape” brings is useful because of the way it cuts through our evasions and minimizations, and if we are going to be imprecise, that seems like the more godly direction to err.