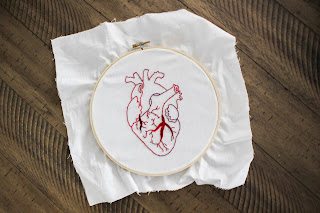 Christians sometimes seem to have the idea that to be a human being is to be bad. We talk about our humanness as if we are nothing. As if we are dirt. As if we should be despised because we are human. That has always been a temptation for Christians throughout history: to talk about our humanity as if it is somehow inherently flawed. Yet such an idea is both wrong theologically and destructive to the life of Christ.

Now first, in case that has your hackles raised, there is a biblical source for the dirt-and-worms language, even if it gets misapplied. Some of it comes from a consideration of our sin and its guilt, which is real—more on that below. And some of it comes from an appropriate humility as creatures before our Creator. It is true that compared to God, we are nothing. There is a certain species of pride that acts like we are the rulers of the universe, and it is appropriate in response to say, “No, we are dust.”

But that is not the whole story, or even the main part of it, when it comes to being human. In Psalm 8, King David first notes that gulf between God and us. He reflects on how much greater God is than we are: “When I look at your heavens, the work of your fingers, the moon and the stars, which you have set in place, what is man that you are mindful of him, and the son of man that you care for him?” (Psalm 8:3-4) So, “I look at the vastness of space, at the power of the celestial bodies, at stars and nebulas, and I feel small. And I wonder if we matter.”

But David is only lining up the ball in those verses; in what follows we see the swing and hear the crack. “Yet you have made him a little lower than the heavenly beings”—that word could equally be translated “than God” or “than the gods—"and crowned him with glory and honor. You have given him dominion over the works of your hands; you have put all things under his feet.” (Psalm 8:5-6)

God has made us just a little lower than Himself. He has made us like gods and goddesses, like heavenly beings. He has given us dominion over the works of His hands. To be human is to be glorious. To be something almost divine; to bear the image of God and serve as His nobles overseeing His world.

Now, yes, all of that gets messed up by sin. Our rebellion destroys and diminishes parts of our gloriousness. Because of sin, there is cause for shame and guilt. But here is what is crucial to understand: our sinfulness is not our humanness. I’m going to write that again because it is so simple yet so often missed. Our sinfulness is not our humanness. It only distorts and diminishes it. And in Jesus, as He deals with our sin, He is at the same time restoring our humanity to its proper glory.

Indeed, Jesus stands as a stark reminder of the glory God created us to have. In Jesus, there is both a human and divine nature, and the two are not intermixed or changed in a way that erases the humanity. Theologians call this the “hypostatic union.” Jesus’s humanity never becomes divine, but that is the point—it is still humanity. Which means that human beings are apparently creatures that God could do this with—could join in such a union. There is nothing in our created nature that prevents God from being fully human while also being fully God. Which, again, speaks to our glory: God has placed us a little lower than the heavenly beings. We are image-bearers. We are not divinized, but we are a race of creatures God could become one of in Jesus, and that is a remarkable reality.

All of which is to say, we as Christian human beings need to reclaim the greatness of our humanity. I often think about this line by the Anglican priest Robert Capon: “We are great, my friend; we shall not be saved for trampling that greatness under foot.” We are not saved by trampling our greatness, by trying to deny or attack it. We are saved by inhabiting the true greatness God has designed us for.

The gloriousness of Jesus in His true humanity? That glory is meant to be ours as well. When we look at Jesus’s human nature, we see what we might be and what we will become, and that should cause us to celebrate our humanity even as God transforms it. Jesus rescues us from our sin, and he rescues us into glory as sons and daughters of the living God.

This reality changes the whole way we pursue Christian faithfulness. We don’t usually struggle with sin, for instance, because we think we are too great. This is a common misconception. We struggle because in our deepest hearts we think we are too small. People aren’t petty or selfish, they don’t abuse alcohol or pornography, they don’t worship politics or money because they think too much of themselves but too little. No son or daughter of the Most High God would obsess over such trivialities. And we won’t escape sin by demeaning ourselves. We should rather look at it and say, “We were made for greater things than that.” That is where true freedom lies; that is worth giving yourself to.

Think about the way we spend our time. We were made to do glorious things! Not glorious in the shallow, small sense of this world. Not glorious meaning calling attention to ourselves and feeding our appetites. But glorious in the sense of true significance. Building things that will last in the world! Creating communities that endure! Becoming like Jesus—what a mind-transforming, heart-arresting thought! That is worth giving yourself to.

Or look at how we treat others. The call to love is a call to delight in and marvel at the glory of another’s humanity. Consider parenting. What is your mission as a parent? Is it to get the kids to be well-behaved? Is it to keep them from ruining your reputation? No, it is to shepherd the hearts of these image-bearers of God into the glory that exists for them in Jesus. To launch them into the world in a way that makes the world tremble before their love and life and spiritual power. That is worth giving yourself to.

The Christian hope is that, because God entered our humanity, we have been and are being and will be restored to the glory and dominion He created us to have. As we trust in Jesus, He begins to transform us. His restored humanity becomes ours, and out of that, we become what we were truly made to be. So no more stomping it under foot. Let’s embrace our greatness through the work of Jesus Christ and begin to live as those who have such a remarkable calling.