That Which Will Not End 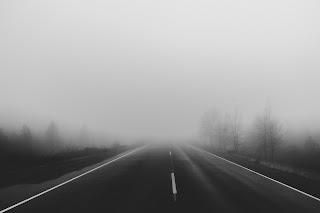 "Only three things are eternal - God, His Word, and peoples' souls."

I was told this repeatedly while growing up in evangelicalism. I encountered it in high school youth group and campus ministries. It was well-intentioned, I suppose - calling me and my fellow young believers to set their ambitions on higher things than a successful career ora white picket fence. However, it is also wrong, and wrong in a way that highlights a mistaken notion I still find in evangelical circles.

In the first place, the statement is theologically inaccurate. One way is nitpicky - technically speaking only God is eternal; our souls are immortal. We still have a beginning and we still exist within the boundaries of time while God's eternality means neither of those things is true of Him.

The other way it is inaccurate is more profound. The list is incomplete. Inasmuch as we're including souls on the list, Biblically speaking, we should include some other things. We should include resurrection bodies - while these current bodies will perish, we are destined to be raised physically in perfected bodies that will never die. More than that, we should include creation itself. While it is true that God will destroy "this world" - in the sense of the current, broken ways creation work thanks to sin - we are not being taken away to some other universe. The earth will be made new, but it will still be around in eternity.

At the very least, then, we should amend the statement as follows: "Only four things will not end - God, His Word, peoples' souls, and the physical world."

In making that proposed change, though, I'm trying to highlight exactly the problem with the statement as I encountered it. Usually, it divided the world and our lives into two realms, that of the physical and the eternal. It is in this bifurcation that we as evangelicals have often lost our way.

It is common in discussions of evangelism (sharing the good news of the gospel) to hear people talk about "good works." Part of how we share the gospel is through acts of service and love. Again, true enough. Yet what happened to many in the church is that, in situations that didn't involve evangelism, they felt those good works lost their value. The point of serving the hurting and helping the poor was utilitarian - it gave an opportunity to talk to someone about Jesus.

Which lead to what I think of as the classic evangelical bait-and-switch. Churches do something good - a food drive, a concert, a community picnic. You arrive, you appreciate the food and the nice weather, and then suddenly you discover you've been trapped for a half-hour evangelistic presentation and an altar call.

This is wrong because it is off-putting - it's the event version of those bible tracts disguised as 100-dollar bills (Since nothing makes people want to hear about Jesus more than being deceived and made to feel like an idiot.) More than that, it is wrong because of the worldview behind it. This bait-and-switch happens because many evangelical Christians have lost their sense that feeding the hungry, music or community meals are good in themselves. If you don't have a chance for someone to pray the sinner's prayer, it seems like a wasted opportunity.

Which takes us back to our initial axiom. As long as we think that only God (in the spiritual abstract) and peoples' souls (detached from their bodies) matter, we won't be able to understand the Bible's calling on our lives.

Biblically, it is true that good works can provide opportunities for evangelism. However, that is not why we are called to do them. We are called to do them because they are good. Micah 6:8 often gets trotted out in these discussions, but listen to how the prophet frames things. "He has shown you, O mortal, what is good. And what does the LORD require of you? To act justly and to love mercy and to walk humbly with your God." Note that Micah doesn't treat these callings as means to an end. They are the end - loving justice, sowing mercy and humbly worshipping and walking with God are the point. They are what we are supposed to be doing.

There is a qualification we should make. Scripture does warn us not to set our minds on that which is earthly but on that which is in heaven (Colossians 3:2). Yet we need to be careful about how we read such verses. By "earthly," Paul doesn't mean "physical." He means worldly - things of this age, sinful products of this world's systems. Those things will be destroyed, and so to live for them - for money or sex or political power - is fundamentally misguided. Yet that is precisely because God will return to this earth and set those injustices to right.

Here's what it boils down to. This physical world will go on forever. We will live on it forever, minus a brief hiatus between our deaths and Christ's return. On that world, we will be doing human stuff. There will be no souls to save in heaven, but there will be work to do. We will still be seeking to love and bless and help people. It's what we were designed for from the beginning. When God puts Adam in the garden, he has a job to do: "The Lord God took the man and put him in the Garden of Eden to work it and take care of it.” (Genesis 2:15) Working in and taking care of the world - that was what it meant to be human before the fall. That is what it means now. That is what it will still mean aeons from now when creation is made new.

None of which is to say that evangelism isn't a calling for us as Christians. Part of caring for the world absolutely means bearing witness to the truth of what God has done in Jesus. That is important and valuable. But it isn't the only important or valuable thing.

The moment I knew that axiom and I had to part ways came for me back in university. I was eavesdropping on a conversation between a campus ministry staff person and a young man considering his next steps after college. He was considering medical school, but the staffer (who very much wanted this young man to come work for the ministry) pointed out to him those three supposedly-eternal things and then asked, "Do you want to be spending your time doing what matters for eternity or only for this life?"

Which is preposterous. Jesus went around healing people right and left. Most of them never believed in Him, and He often did it without sitting them down and making them listen to a lecture first. He carried out this ministry of healing because it was good in itself. Helping people overcome their diseases, freeing them from their limitations and pain - this was a part of the Lord's work as surely as the synagogue sermons. To imply that this doctor-to-be was somehow wasting his life because he wasn't investing only in the "spiritual" side of things is actually destructive to our humanity.

That destructiveness is the point. God's purpose for us is not that we somehow transcend the physical and walk only through some spiritual realm. He made us to be people, with bodies and desires and jobs and gifts to share. Christianity is about perfecting that humanity, not forsaking it. Yes, perfecting it means there are things we might otherwise do with our bodies and desires that we are called to forsake. Yes, the way we do our jobs and use our gifts are meant to ultimately glorify God. But none of that undoes the fundamental truth that we are physical and spiritual, body and soul, human beings now and forever. You can as surely be about the Lord's work building a house or breaking bread with our neighbor as you can reading Him some Scriptures or singing hymns. Eternity does not undo our calling to lives of service. We will spend eternity at work in God's world, serving Him and doing good. We might as well get started today.
Labels: Eternity