Hoping All Things in the Age of Animosity 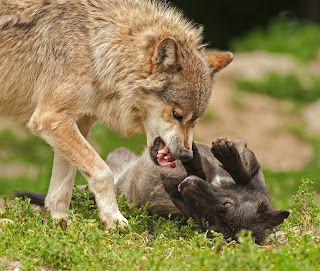 I spent probably too much time today watching the Kavanaugh/Ford hearings and looking at various responses from both sides. I follow a pretty strict rule of not discussing current events or politics as a pastor. I'm about to break that rule, sort of, although I hope if you read it carefully you'll recognize I really do mean the discussion in a non-partisan spirit and will be doing my best to challenge both sides. Instead, I want to propose a fundamental flaw in how almost all of us approach discussions in our day and suggest some ways the Biblical response is both beautiful and hard.

First, let me suggest a probably-radical-sounding principle: Christian morality obliges us to listen to every human being in a way that gives them as much dignity, trust, respect and empathy as we possibly can. Re-read that sentence and let it sink in, because I am serious. St. Paul says that love "believes all things, hopes all things, endures all things." (1 Corinthians 13:7) I suspect this is part of what he meant. As much as is humanly possible, I am to believe what someone tells me and hopefully think the best of them. That applies to everyone.

In case this seems crazy, let me suggest the idea isn't new to me. In the Westminster Larger Catechism, one of the 17th-century doctrinal statements to which I subscribe as a Presbyterian pastor, it discusses the duties and sins related to the ten commandments. Here is some of what it says about the ninth (I elided other parts which are also good but not as related to this discussion):


"The duties required in the ninth commandment are, the preserving and promoting of ... the good name of our neighbour, as well as our own;... a charitable esteem of our neighbours; loving, desiring, and rejoicing in their good name; sorrowing for, and covering of their infirmities; freely acknowledging of their gifts and graces, defending their innocency; a ready receiving of a good report, and unwillingness to admit of an evil report, concerning them.
The sins forbidden in the ninth commandment are, all prejudicing ... the good name of our neighbours, … denying the gifts and graces of God; aggravating smaller faults;... unnecessary discovering of infirmities; raising false rumors, receiving and countenancing evil reports, and stopping our ears against just defense; evil suspicion; envying or grieving at the deserved credit of any, endeavoring or desiring to impair it, rejoicing in their disgrace and infamy; scornful contempt..." (WLC 144-145)

Again, I'd like to suggest you re-read that, especially since it uses some archaic English. That is a radical picture of how we are to treat our neighbors - which, Biblically, means everyone, including our enemies.

"Now wait," you might respond. "We can't live like that. Wouldn't we all be taken for suckers?" Obviously, there is some nuance, which is why above I said it was "as much as possible." If someone's claim is proved to be a lie, we shouldn't believe them. If they consistently lie, we might take their word with some skepticism. We should absolutely set wise boundaries to keep people from hurting others with demonstrated patterns of sin. Even in all of that, though, we should be extending them as much grace as possible. After all, love believes and hopes all things.

All of which brings me to those Senate hearings I watched today. What is striking to me is how everyone in the room, and in the country, ends up talking past each other. Each of them has one lens through which they view their guy or girl and another lens for their opponents. You could see it in the Twitter responses. You could see it in the questions Senators asked. I could hear it in the voices of people who tried to engage me on it.

What I want you to do is to ask you to try this thought experiment: what if you do your best to believe the best about both sides?

What if, watching Brett Kavanaugh, you chose to see him as a man utterly convinced he didn't do this thing? He is emotionally wrecked by feeling like his character is under assault. He is outraged that false accusations have endangered something he has spent decades working for. He is fearful for his family and despairing of his ruined reputation.

AT THE SAME TIME, what if, watching Christine Blasey Ford, you chose to see her as a woman choosing to courageously share a horrific story in the face of media attention she doesn't want? She has spent decades haunted by the image of a man pinning her to a bed, squeezing her mouth and nose closed and laughing with his friend as he grinds against her. That man who is now being held up as a paragon of virtue and about to take one of the most powerful positions in the country.

Not just those two either - what if you applied this to everyone? What if you viewed Mitch McConnell as genuinely outraged at what he feels was an eleventh-hour ambush meant to prevent due process AND you viewed Dianne Feinstein as a genuinely torn individual who delayed the letter's release out of a desire to protect this woman? What if you saw the Republicans as truly convinced this is all a lie they must fight AND you saw the Democrats as trying to champion a cause they believe in?

Here is something important to realize: I am not saying all of these scenarios are true. Some of them cannot be - obviously, Kavanaugh cannot be right when he says he 100% didn't do it and Ford also be right when she says he 100% did. (Although, given the complexities of human psychology, it is possible they both really believe it.) My argument is not about the truth of the situation but rather is based on one simple fact - you do not know the truth. I don't either. Given that, I think the biblical command is to think the best we can of both parties, listen to them openly and with as much trust as possible, and then proceed from there. People are arguing that we should believe one side or the other - my suggestion is that we start by doing our best to believe them both.

I know that is a hard idea. I don't have much hope that many will receive it well. However, here is why I'm taking the time to discuss it. Without that sort of trust and belief of the best, we end up in profound sin regardless of whether we are correct about what we actually think.

The more I listen to people, the more I realize the tribalism of our culture has made us deeply hate each other. We abhor people on the other side of the aisle. We think they are liars, idiots, and monsters. When I hear Republicans describe Nancy Pelosi or Chuck Schumer, or Democrats speak of Mitch McConnell or Paul Ryan, they might as well be discussing Adolf Hitler or Vlad the Impaler.

Human beings are made with value and dignity in the image of God. They are also broken by the fall and capable of enormous evil, but Scripture calls us to do as much as we can to view them in terms of God's image. This is true even if they are our enemies. Perhaps especially so - that is the point of Jesus's parable of the Good Samaritan, where he answers the question "who is my neighbor" with a story where the asker's ethnic and religious enemy displays virtue and honor. Inasmuch as we fail to uphold the good reputations and welcome good reports of our opponents, we are behaving contrary to the example of Christ.

More than that, such an approach provides enormous opportunities to grow. As I have grown in my convictions in this area, and as I have (because of my job) made a point not to jump into political arguments but instead just listen and ask questions, I have learned an immense amount. There are actually issues where I have changed my mind. More than that, there are far more issues where I have come to grasp why people hold the views I object to, and it is usually for good and noble reasons.

So let me say it once more: Christian morality obliges us to listen to every human being in a way that gives them as much dignity, trust, respect and empathy as we possibly can. Such a command can seem impossible to us, but such is the radical love and humility Christ calls us to.
Labels: Love Politics