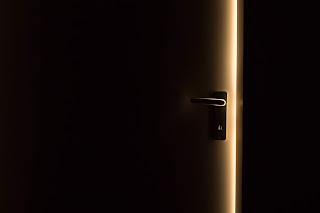 I spent several weeks trying not to think about it. My bluff had been called.

Throughout Elizabeth’s battle with cancer, we had always said that there would come a point when we needed to make this decision. When treatment was no longer clearly worth the cost and it was time to acknowledge Elizabeth’s mortality and walk forward with the reassuring mask of medicine stripped away. “How will we know it is time?” She asked me. “Well, probably when we’re doing chemo and, even in the midst of it, the cancer is still growing,” I responded.

Here is how I tried to spin the scan results we got a couple of weeks ago: “Well, it’s neither great nor terrible. The tumors have grown somewhat, which is bad, but it hasn’t spread anywhere else yet, which is good.” All of that was technically true. Of course, “grown somewhat” sounds better than “doubled in size” and, really, we don’t know whether it has spread, only that if it has the tumors aren’t large enough to be visible to the naked eye. Still, I struggled to say it. I avoided talking about it. Because I knew it clearly qualified as the point at which I’d said we should consider stopping treatment. That wasn’t a conversation I was ready to have, even with myself.

For both my wife and I, one of our core commitments in this journey has been honesty about mortality. I sometimes sit as well-wishers fumble with their words, all tied up in a Gordian knot about how to discuss the future, and I finally sigh and cut straight through it with a “You mean when she dies.”

People didn’t used to struggle with this. Death was everywhere – on the streets, in our houses. They understood that death, while a great enemy, was also the natural result of being human.

The more modern medicine has allowed us to postpone the inevitable, and (perhaps more importantly) the more modern wealth has allowed us to hide it away in hospice facilities and nursing homes, the more we have lost this understanding of ourselves. Mortality is treated as a problem to be solved, no matter how dehumanizing the solution. We are incapable of acknowledging it as inevitable, and so we needlessly postpone it when its time comes.

***
Elizabeth has labored valiantly against the dragon in her body and against the witch’s fire we were using to slow its advance. She rarely complained about chemo, even as I watched it slowly siphon away her health. She was fighting for our kids and fighting for me. While stopping treatment had always been ultimately up to her, I knew it wasn’t something she would consider if I didn’t give her permission. She needed me to tell her it was time.

Rationality has always been a coping mechanism, a tool for getting cool distance from the searing pain. For those few weeks, it instead became a great enemy. I tried to convince myself that the figures added up to something other than their clear conclusion.

The math was simple. There was one set of scenarios where chemotherapy would buy us a lot of time, a second where it only yielded a small amount of time, and a third where it bought us nothing at all. Regardless of which category we were in, the costs were significant – four or five days lost every other week to debilitating weakness, plus nausea and mouth sores and rapidly thinning hair. When all three possibilities were on the table, that cost seemed worth the gamble. Now that her cancer’s continued growth removed the best-case outcomes, the ledger didn’t balance. It was folly to lose six months or even twelve to agony hoping to gain back a mere two or three – or, quite possibly, none at all.

This is the arithmetic of mortality. We can postpone it, but usually at the price of significant suffering. If we are in denial that we will die, that price always seems worth it. Once we make peace with its inevitability, that doesn’t mean we don’t fight it, but it does mean each battle is chosen to maximize the living that remains.

It all makes logical sense. My heart, however, was not ready to hear it. As I reflect on why, I realize the struggle was that treatment, even costly treatment, offers an alluring lie. It feels like we are doing something, like we are fighting. It feels like there is some strength left in us to stop this disease. Even if that was a lie, some part of my heart wanted to live there.

A remarkable amount of human suffering comes from our inability to admit our broken condition. We starve ourselves or go under the surgeon’s knife to avoid the fact of our aging. We work endless hours in jobs we hate because the fact that maybe life hasn’t panned out as we hoped seems too terrible to confess. We gut families and sacrifice relationships rather than acknowledge the drinking has gotten out of hand. We destroy marriages rather than let someone in to see our vulnerable spots and ancient wounds.

The choice, as I finally came to name it, was this: was I going to let my denial of Elizabeth’s dying destroy what life remained, or would I admit it and so let her get on with what living she had left?

In some sense, the only way to truly live is to admit that we are all clocks ticking toward our final hour. That is a terrible thought when we apply it to ourselves, and even more so when we apply it to those we love. It comes with waves of anxiety and uncertainty and loneliness and rage. Yet that agonizing flood of sorrow is in the water of life, intermingled with the goodness and beauty. The only alternative is to dam them up and live in the arid half-life of denial. There are people who have not for years tasted a drop of true joy or companionship because it is all walled away there, in the place they cannot go, cannot even acknowledge.

And in the end, the dam will break and they will be swept away just the same.

That was how our tragically precocious 6-year-old framed it when we first tried to explain to him why Elizabeth wasn’t getting chemo anymore. We tried to frame it as good news, but he saw through the smokescreen.

“No. We are choosing to let mommy live.”

He didn’t understand the words, but we had come to them like a revelation. I broached the topic as we walked together through grass wet from a just-passed thunderstorm. She was leaning against me, worn out from pain. “I think it’s time for you to think about stopping treatment.” I knew from the relief in her eyes, even as I said those words, what the decision would be.

You are going to die. So am I. So will my wife. Most likely, she will walk through those shadowy gates much sooner than most, in six months or a year or (if God is extraordinarily kind) two. That is not in question. Do what you can to postpone that voyage – death is a bastard, and we ought to bloody his nose as he seeks to take us. However, what you and I must never do is let our fear of death lead us to trade our present living for a delusion of time.

Acknowledging your mortality is like walking through a door. As you open it, you leave the comfortable warmth of the fire of innocence behind. However, once past the threshold, you realize you have spent all your time before in the foyer, and there is an entire mansion brimming with life opening before you as you wait for the day when the door closes again.
Labels: Cancer Death