How Should White Christians Engage With Race? 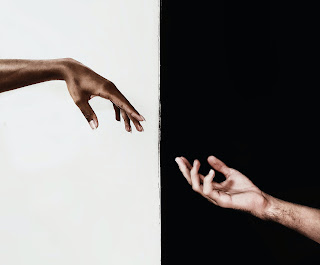 I mostly avoid commenting on current events or issues related to politics. I do that because I’m committed to only speaking to my own areas of expertise, because I think the “of-the-moment-ness” of many such debates destroy true dialogue, and because I believe that “telling the truth but telling it slant,” to use Emily Dickinson’s memorable expression, is much more likely to persuade than the virtue signaling that often passes for argument in our day.

That said, thanks to several tragic events connected to race in America that have happened in the last few weeks, I want to spend a few minutes engaging with how white evangelical Christians think about racial issues.

Two notes up front. One: I am intentionally not discussing the specific events. They are new enough that there are things we don’t know, and more generally, while attaching ethics to specific human stories is emotionally impactful, it can also easily distract us.

Two: it is not my intention to comment on questions of political policy. I’ve read maybe a dozen books related to issues of race and politics and Christianity, so I’m only a novice without clear answers. It is common for folks who care about these issues to respond to pieces like this one by saying, “Yes, but you need to act!” I agree, but I’m also not the person who should be making such recommendations. That said, as a pastor, I want to speak to the spiritual posture white Christians ought to take when we see videos of unarmed black people having their throats crushed or their bodies riddled with gunfire or when we engage with issues of race in general.

Here’s the plan. First, I’m going to tell a hard truth, and I know it might raise your hackles. Bear with me, because after I tell it, I’m going to talk about how we respond to it and why we need to confront hard truths like it.

First, the hard truth: our heritage is deeply stained by racism. The simple fact is that, for 500 years, white Christians were complicit in the racist activities of white society in inexcusable ways. They came up with rationales to defend race-based chattel slavery (explaining black people as “sons of Ham,” excusing chattel slavery as a missionary enterprise or even a divine duty, etc.) and to defend institutionalized segregation (I wrote a piece about how many white evangelicals were the people opposing the Civil Rights movement which you can find here.)

I remember reading an account from the early 20th century of a lynching. It was described by its author as a time of community and Christian fellowship. As white Christian men strung up a young black boy for allegedly whistling at a white girl, they took turns stabbing corkscrews into his flesh and yanking chunks of it out. Our ancestors did that. Our ancestors instituted Jim Crow and tied it to American and even Christian values. Our ancestors loosed attack dogs and turned fire hoses on marching women and children – and that within living memory.

Our heritage is deeply stained by racism.

Does that mean that you as an individual did that? No. Are there exceptional figures who opposed slavery, like Quaker abolitionists, who were on the right side of things? Absolutely. Was Christianity a powerful force that dignified black people as they encountered and appropriated it for themselves? Yes, despite white Christians’ best efforts.

However, all of these excuses do not change the unavoidable fact that our history, as a nation and as a Christian tradition in this nation, is soaked in bloodguilt. If we truly apprehended our collective sins, we would be undone. Our attitude, as we confront this heritage, should be to ask, “Is it somehow possible that even people like us can be saved?”

How do you feel, reading that? If you feel your spine stiffen or your hackles raise, ready to defend yourself – let me suggest two realities that should help us as Christians take that to heart without getting defensive or being undone.

1. Mercy involves repentance. Because of our individualism, we tend to react badly to a sense of generational guilt. Certainly, God’s mercy means that any given generation is not condemned by the sins of their parents. However, that is only true if we walk differently. The apostle Paul points out the futility of insisting that Adam’s sin isn’t ours “because all sinned.” (Romans 5:12) As long as we tolerate or defend those structures our ancestors created, we are condemned by them.

In the first place, explicit racism is still alive and well in our communities. It doesn’t get trotted out as often, but I have heard it and had to confront it. Whenever we tell a story about a criminal and mention that they’re black while telling another story about a white criminal without commenting on their race – that is explicit racism. It is defining one group by the misdeeds of some of its members while excusing our group as not defined by those same people. If black peoples’ concerns ought to be dismissed because some individuals were looting in Minneapolis the other night, then white peoples’ concerns ought to be dismissed because of the individual who choked the guy to death in the first place. This is the guise explicit racism always takes in our day.

What’s more, there is a great body of research showing that even without such explicit racism, the deck is stacked against people of color in deeply problematic ways. I don’t have time here to dig into that reality, but I would invite you to simply reflect on this simple series of facts.

1) Poverty and lack of education always correlate with crime and other social issues.

2) Poverty is caused, more than anything else, by generational forces. If your parents were poor, you tend to be as well.

3) For hundreds of years, we did everything we could as a society to keep black people poor. Slavery, segregation, redlining, underpaying – regardless of how the world looks today, we worked against generational wealth in the past.

Those facts mean that, even if we aren’t doing it anymore (which is also probably not true), we created a system that hurts people of color.

Of course, that leads into a set of political questions, and I’m not qualified to answer them. I do think there is a tendency by some, in pointing this out, to pretend as if it demands a very specific set of policy changes. I’m suspicious of that, especially because depending on the individual those policy changes at times amount to simply “we must do the things I want us to do anyway for other reasons” – which makes them a pretense, not an imperative. That said, repentance means acknowledging the reality of racism both in our hearts and in how we have ordered parts of the world.

2. Mercy short-circuits defensiveness. That said, our issue isn’t just a racism problem. It is a gospel problem. Our reactions actually deny the gospel of Jesus Christ.

We can either be justified by our moral perfection or by the work of Jesus. Never both. Of course, the argument of Scripture is that none of us have anywhere close to that moral perfection and we are lying to ourselves if we think we do. However, the attempt to live by the law kills our ability to be saved by grace.

One of the surest signs that we are living by the law and denying the gospel is a need to defend ourselves. When someone says we are wrong, we feel threatened by that idea and so we lash out and excuse and point out their flaws. Why do we do this? Because such an accusation reveals our moral imperfections. We are looking in the mirror of the law and seeing our dirty reflections.

The gospel short-circuits all of that. I have no need to defend myself because I live in a context of grace. I am set free to repent and own the depth of my failings because the blood of Jesus covers them. We can agree, “Yes, I am wicked in many ways. I am far worse than I even realize.” We can do that because we also believe God’s grace is greater than we can possibly imagine. If we are justified by grace, there is no longer any place for trying to justify ourselves.

Here is what I see, when I see many white Christians confronted with questions of racism: they don’t even consider whether they might be true. They don’t listen, don’t ask questions, don’t admit uncertainty, and don’t show compassion or grief for the broken state of the world. Instead they go on the attack. They lash out. They get angry. I cannot help but believe that part of this is because they actually haven’t believed the gospel.

If you are in Christ, here is how you engage with accusations of any kind. First, you listen and explore. Your assumption is that you may well be in the wrong. You pray and reflect, and you ask input from people who could help you see your failings. In the case of racial issues, that certainly includes asking people of other races to speak into those issues. At the end of it, you arrive in one of two places. Perhaps you agree that there is a failing. You then repent of it, both to God and to others, and do what you can to turn from it. Or perhaps you don’t see it. Even then, though, you don’t go blasting the accuser. Instead you humbly walk forward, confident in God’s grace while continuing to admit the possibility you might be wrong. Those are the only two options.

With all of that said – what do we do as white Christians, especially if we struggle with those discussions of race? The place I’d invite you to start is simply by saying, “This is tragic and hard, and I don’t know all the answers, and I may well need to repent and change.” To do that and then to spend some time reading and listening and praying and wrestling. And to do all of that with a heart willing to embrace the grief of our broken world.

If you want some help exploring these issues from other perspectives, here are a few books that might be challenging and helpful. Note that I don’t agree with everything in all of these books; that’s the point of listening to different perspectives. I’m listing them in order of accessibility/ease of reading.

The Color of Compromise, Jemar Tisby