Small Lives In The Shape of Jesus 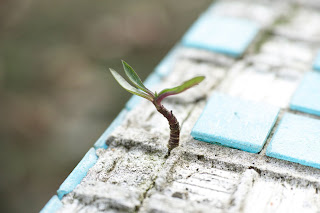 Today I saw some breaking news about another evangelical celebrity in the midst of what will probably be a fall from grace. These stories are common and tragic and necessary to hear: we of all people should recognize that judgment begins with the household of God and that all things done in the darkness should be (and will be) brought into the light. That said, this piece is not about that tragedy.

Every time I see such a story, it causes me to reflect on evangelical celebrities and our attachment to them. It is easy to bemoan this loyalty to visible people, especially when those people seem to have significant moral failings. Yet many Christians continue to chase after such them and look to them for marching orders. Where does that come from?

The modern world has a love affair with big people doing big things. It is true culturally: scan the headlines and most of them involve individuals with wealth, power, and influence beyond what most of us could ever imagine. It is also true in the church. What makes people “great” in evangelicalism is a combination of being able to say the right things, meeting the right metrics, and knowing the right people. If you can draw a crowd or get results, as long as you attach the name of Jesus to what you are doing, the specifics of your character, doctrine, and life don’t matter. Unsurprisingly, such leaders often fail to live up to the calling of Christ.

Where does this love affair originate? At root, it is about power. In order to be a big person and do big things, you of necessity are stepping into the arena of power. While occasionally such influence is thrust on individuals who are deep enough disciples to exercise it without turning into a debacle, often it doesn’t. After all, the people most inclined to seek such power are those least fit to wield it.

What we need instead is to rekindle a vision of Christianity that centers on small lives in the shape of Jesus.

Character should be a non-negotiable for Christians in those who lead. By character I don’t just mean avoiding the most visible of vices, although as this and many other scandals highlight, even that seems too much to ask of some. Instead, character in Christianity is internalized Christlikeness. It is seeking to have the heart of Jesus so that the way Jesus lived becomes embodied in our lives.

Jesus is certainly courageous and at times confrontational. However, he is also gentle and lowly of heart (Matthew 11:29). He is tender with the wounded and struggling (Isaiah 42:3). He does not seek praise for Himself but consistently diverts it to the Father (John 12:28). Jesus shows us the shape of true love: that of giving up every comfort, surrendering every right, sacrificing Himself fully to bless His beloved.

If Christians are to make much of someone, this is the shape that their lives should illustrate. Not being able to “get things done,” not “being a fighter,” not winning arguments or gathering crowds or making people feel good about themselves. No, the shape of the Christian, and especially the influential Christian, should be one of lowly humility, patient gentleness, slow anger, quick repentance, and cross-shaped selflessness.

Of course, people might respond that no one is perfect. This is true; I certainly fall short of that ideal. However, there is a difference between imperfection grieved and covered by the blood of the cross and imperfection excused and justified as no big deal. More than that, the greater this imperfection, the less influence such a person should hold in our hearts and communities. If someone is not striving toward Christlikeness and is not tearful and honest about the ways they fall short of it, we should not give them our trust and praise.

Why do we often excuse such failures of character? It is because we are not willing to accept the smallness of the ideal Christian life.

Worldly influence is all about triumphing through size and superior firepower. Those with the greatest impact are those with the ability to get the most done. As long as we seek worldly influence, we will idolize big people. And bigness often runs contrary to Christlikeness; he who pursues power has little in common with He who “did not count equality with God a thing to be grasped, but emptied himself, by taking the form of a servant.” (Philippians 2:5) The only way we can fall in love with Christian character is to fall out of love with worldly strength.

Kingdom influence is something else entirely. It is exercised in faithfulness in little things: being like Jesus in the way we care for our neighbors, raise our children, treat our personal enemies, work diligently, and rest as those whose inheritance is secure. Kingdom influence flies close to the ground, and so it is often invisible to those enamored with the big. However, a simple life lived faithfully has more true power than all the congressmen and celebrity pastors and university presidents this world has ever known.

So if you are disappointed at this failure, or at some other Christian celebrity’s failure yet to come—or if you are hungrily following it, angrily demanding justice because your idol was not the savior you longed for them to be—I’d invite you to step back from it all, take a breath, and rejoice in the reality that God is working in the world. He is driving back the winter of sin not with the fires of worldly influence but like the slow-blooming spring, with small lives faithfully making tiny changes, the frost thawing a little at a time.

May we make that our ambition to seek and admire such lives.
Labels: Culture Faithfulness