Marriage from the Other Side: Regrets 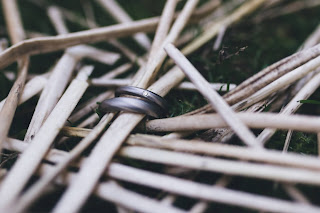 This is the second of several posts I’m writing reflecting on our marriage from the far side of Elizabeth’s death. I discussed the best things about our life together last time; it seems only fitting to name some of my regrets.

I should say up front that this has been a much harder post to write. It feels vulnerable to talk about our weaknesses. Both of us were incredibly grateful for our marriage, and it is important to me to not let the flaws overshadow that beauty. Also, many of these regrets are specific in a way the good parts aren’t, and so I wondered if they will be helpful to name.

Discussions of regrets can fall into the trap of denying God-given human limitations. Absolutely, when I look back, there are nights and weekends I wish we had spent time talking or having adventures that were instead spent just doing our own thing or laying on the couch watching TV. However, to feel guilty about not being relationally 100% all the time is a false sort of shame. Marriage is a union between humans who get tired and need space for themselves, and that is okay. It’s like the advice to the harried young mother to “treasure these little years.” It’s sort of true, but also, she’s doing amazing work just to keep the kids alive and with clothes on, and we shouldn’t expect a superhuman Zen-like relish at the same time.

Likewise, I think it is a mistake to focus too much on specific instances of sin. Absolutely, within marriage, there were times that we hurt each other. There was sinful pride and anger and lust and bitterness and just plain old selfishness. There is a distinction between the presence of such sins and what happens when they become a pattern. As long as they are truly repented of and resisted, sin is a feature of a healthy marriage, not a bug. The promises we make are there because we will sin and need a bond strong enough to withstand that assault. Now, any one of those sins can balloon into something that turns a marriage destructive. If unaddressed and allowed to take root, it can grow into a tree of death. But by God’s grace, Elizabeth and I were able to avoid such all-devouring patterns.

That said, enough caveats. Here are the things about our marriage that I regret.

First, the way we sometimes enabled each other’s weaknesses. There were areas where both of us were not where we knew we should be. I sometimes worked too much, especially at home, in a way that caused me to neglect family. Until her last few years, Elizabeth struggled to spend time in the Word. I spent too much time on my phone. She would over-extend relationally and not set healthy boundaries. And I could go on. Those issues aren’t regrets, exactly. They fall into the categories above of ordinary frailty and sin. I would change them, but they don’t wrack me with guilt.

What I do regret is the way we both allowed, and at times even enabled, the other person to continue in them, even when we both knew they should be confronted. I’d like to dress this up as grace, but really, it was just selfish peace-faking. It was easier not to address those things, not to spur one another on towards Christlikeness in certain areas. And so we didn’t.

This became especially clear to me in our last few years of marriage. With cancer progressing and the shock of impending mortality, we both started working hard to make some of these changes, and it was beautiful and good. We grew more in that final season than in the ten years before. I just wish we had both fought some of those battles earlier rather than maintaining the status quo.

Second, the fact that we didn’t pray together. I don’t mean never, but it was not a part of our daily rhythms of life. Early in marriage, we were both young and struggled to pray at all. But even as we grew spiritually in ourselves and developed habits of prayer, we didn’t make it a part of our lives together. There were mornings we would both be in the same room, both having times of prayer, but it was done in isolation. This is especially a regret for me because I knew I should take the lead and helped make it happen. I knew Elizabeth wanted it, would express wanting it, but we simply didn’t make the plan and carve out the space to do it.

Third, I wish I had supported and challenged Elizabeth in terms of using her gifts sooner. She was a wonderful speaker, bible study leader, and mentor. However, she also had anxieties that kept her from doing those things, and I was so focused on my ministry that it was easy to see serving her purely in terms of sharing duties at home rather than in also trying to encourage her in using those outward-facing gifts.

Her anxieties changed dramatically with cancer, especially after her terminal diagnosis. She became fearless in a really beautiful way, and I became much more aware of how I could use my platform and influence to let people hear her voice as well as mine. I started watching kids and cooking dinners not only to give her nights off to relax but to give her chances to minister. It was a blessing to many; I wish I had done it more.

And lastly, I wish I had pursued more emotional health from the start of our marriage. This one is not as recent, but in the years after our daughter Rebekah was born, I had to grapple with some long-standing issues in my own heart. Not naming feelings, filtering every emotion as anger, a mistrust of God’s love, and other heart problems reached a critical point. I’m glad that I addressed them then. I’m glad that I did counseling and read and wrote and fought to become healthier. It bore rich dividends in our later years; I feel like God was preparing me in many ways to walk through our valley of the shadow of death.

That said, I wish I had been pursuing such health from the start. I remember scoffing and eye-rolling my way through a book in seminary (Emotionally Healthy Spirituality by Peter Scazzero) that I now recognize is full of wisdom and truth. Coming to know and care for myself in these ways is one of the best things I did for my marriage and my walk with Jesus, and I’m glad Elizabeth was willing to suffer through my own stupidity in our early years before God did that work in my heart.