Marriage from the Other Side: Sex 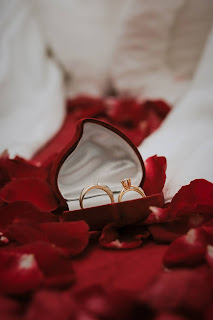 I have been writing a series of posts reflecting on marriage from the far side, almost a year after my wife’s passing. I explored the good, I reflected on some regrets, and now I want to discuss a few specific parts of marriage, starting with sex.

A content warning: what follows is a very open, frank, and direct conversation about sexuality in marriage. Elizabeth was always very open about this stuff, and I assume she cares even less about privacy now, so I want to use our experiences together as a springboard to say some things Christians don’t always discuss very well. But I’m not going to do it with the tip-toeing euphemisms that creep into such conversations. So if that frankness is something that will be hard for you for whatever reason, you might not want to keep reading.

As I thought back on our life together, there are four truths about sex that form the core of how I think about that part of our lives. Four things I want to say about our time together and to those I interact with as a pastor or friend.

Sex Should Be Oneness

The last time Elizabeth and I had sex was about two months before she died. It was unexpected; months before we had basically stopped all physical intimacy because of pain from her tumors. But I was lying next to her in bed, she was slowly dying but still herself, and she looked at me and said, “I want us to be one again.” Once I realized what she was asking, I tried to talk her out of it. But she insisted, “No, I love you. I want us to be one, one more time.”

She was heavily medicated with morphine. I was terrified and could barely perform. The experience was awkward and uncertain and neither of us climaxed and there were tears in our eyes. It is also one of my most cherished memories of our marriage because it was perhaps the purest union of our thirteen years of intimacy. All the pleasure and performance and excitement had been stripped away, and what was left was two human creatures merging their bodies to enact the relationship they shared.

Sex can be many things. It can be playful, it can be comforting, it can even be frustrated or angry in a healthy way. But before and beneath all of that, it is meant to be the physical embodiment of the joining of souls. It is what Moses means when he tells us of Adam, “Therefore a man shall leave his father and his mother and hold fast to his wife, and they shall become one flesh.” (Genesis 2:24)

From this simple fact comes all the Bible’s sexual morality. To treat sex cheaply is to diminish our capacity for such relational intimacy. To commit adultery is to violently mutilate the one-flesh-ness of marriage. But I’m not interested in moralizing here; I’m aiming at a deeper truth.

Sex in marriage is always meant to be an embodiment of relationship, and so truly beautiful sex must always be built on a relationship that is itself beautiful. I’m not endorsing the myth that sex cannot be physically pleasurable without relational intimacy; some Christians propound versions of this idea, but the density of nerve endings in genitalia frustrates their claims. I’ve known couples whose sex lives were quite pleasurable because it was the only thing holding them together. But truly beautiful sex is not the same thing as having multiple orgasms, any more than a beautiful painting is the same thing as splattering around lots of colors.

There are layers of meaning in sex that can only be unlocked through years of service and struggle and laughter and tears. An openness of soul, a knowing and being known, that slowly develops as two human beings grow closer and closer in every area of life.

This fact is especially important to communicate in a culture that is permeated by pornography. The greatest evil of porn is that it trains people in the lie that the best sex is the least relationally engaged. In the narratives it portrays (strangers and taboos instead of loving partners, if there is a narrative at all), in the mechanistic ways it portrays the act of intercourse, and in the impersonal pleasure it teaches users to enjoy, pornography gives something that feels vaguely like sexual pleasure without any of what makes it truly good: looking into the eyes of someone you have given your heart to and giving them your heart once more, along with your body. It is the cheapest facsimile of true lovemaking, but as souls are soaked in it, they lose their ability to even recognize the real thing they are missing.

If the last time we had sex was beautiful, the first time was… well, it was a trainwreck. Both of us had grown up in Christian circles that (rightly) taught us to wait until marriage, which we did, but Elizabeth especially was also (wrongly) taught that obedience to this command would make the wedding night one of fireworks and ecstatic moans.

She was terrified, I was terrified, and we couldn't even try that first night. Once we did, while she quickly warmed to the activity, I had so much emotional baggage to work through that I wasn’t able to climax until several weeks into marriage. Those first months were awkward and frustrating and sometimes painful.

While we eventually figured out the logistics of it and even got pretty good at it (at least in our opinions), sex was never consistently easy. For every afternoon where we fell into each other’s arms, there was a night where emotional distance or exhaustion made it a struggle. And there was a skill to it we both had to learn, especially me.

Since sex is an extension of relationship, truly enjoying it started long before we laid down together in bed. Good sex took words of encouragement and acts of service and romantic gestures and care throughout the day. I’ve never loved the stereotypes implied in Christian literature by telling men that “sex starts in the kitchen” (i.e. by doing the dishes), and in other ways (like desired frequency) we were not the stereotypical Christian ideal, but there is much truth in recognizing that physical intimacy is built on a foundation of daily kindness. It was a part of the labor of love, and “labor” is an accurate description of how it sometimes feels.

This reality explains the false allure of our culture’s mythology about sex. It is portrayed as almost magically easy. Bodies move together without having to learn the other’s rhythms. Joy in the bedroom is automatic, or at most takes a couple of tricks found in some article about spicing up your love life. All of this sounds appealing, but it is not real. Like every part of a relationship, sex takes effort and intentionality and time and energy and a willingness to learn.

I remember a college pastor telling me, before I got married, that one of the hardest to believe things about sex in marriage was that there would be nights when your spouse wanted it and you really just wanted to sleep instead. That seemed crazy to my hormone-fueled 20-year-old brain. He was, of course, correct.

Scripture views marriage as mutual service. Husband and wife each give themselves up to serve the other. Sex is very much an extension of this reality. It is seen as part of serving and building up the other, not as seeking your own pleasure and fulfillment (1 Corinthians 7:1-5).

On this front, I want to say a few things specifically into the Christian conversation about sex as it pertains to men. Some of this relates to women too, but many Christian books and talks on sex in marriage have a certain gendered bent. And honestly, I think a lot of it is extremely destructive.

In more and less explicit ways, much Christian teaching assumes that sex is primarily for husbands. It exists mainly to serve the man’s needs. Nowhere in Scripture will you find this idea. Sexual desire and sexual fulfillment are both egalitarian in the Bible, and indeed, some of the most erotic expressions of sexual longing are found in the Song of Solomon on the lips of the bride, not the groom. What’s more, even if your marriage is one in which you as the man has the stronger libido, that doesn’t mean you are exempted from the call to see in it a chance to die to your own interests to serve your wife.

A few bullet points on what that means, especially for men:

Now yes, all of that said, there is an important place for pleasure in sex. We’ll discuss that below. And I’m not suggesting that there aren’t wives who need to grow in serving their husbands as well, in sex as much as any part of marriage. However, too often in Christianity men are told implicitly or explicitly that the bedroom is the place that is about their needs being met, and this breeds selfishness and abuse and marital rape. Marriage in Scripture, and so sex as a part of it, are meant to be expressions of Jesus giving Himself up for His bride. It is supposed to look like the gospel. To act otherwise is to deny the foundation of our faith.

While some of the above might sound grim, I don’t mean it to be. Sex is hard work, but the work is worth it. It is service, but a service in which much joy and pleasure can also be found. When I think about our marriage’s worth of sex, there are plenty of memories that bring smiles to my face. Of romantic nights at home and hotel rooms and more than a few lunch breaks. Of laughter and delight and fingers tracing the majesty of the human form. It is sweet, and it is good.

Yet even this doesn’t get it quite right because it gives the impression that the delight was somehow about the act of intercourse itself. Which is to miss the deeper truth. At its best, sex was for us an opportunity to delight in the other person. In their physicality, in their presence, in their personhood. It was a celebration of this creature we had given our lives to, and so all the goodness of the whole person found its climax in the union of our selves.

Marital love is, at its root, a commitment to delight in the person God has made and given you. In any marriage where you are both seeking to love and serve each other, there is infinite fodder for such delight. This particular body, with its unique glory. This particular person, with his or her unique gifts and strengths.

As such, remembering sex is very much a part of my grief. Because true grief is the negative space left by delighted love; the hole a person leaves when their glorious substance disappears from the earth.

Yet it is also the root of its glory. Because the person God gave was glorious, and my self was expanded by being joined with that glory. In relationship, in marriage, and in making love.