The Blessing Is Enduring 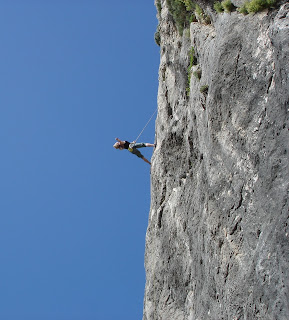 "And let us not grow weary of doing good, for in due season we will reap, if we do not give up." (Galatians 6:9)

We live in an age constantly seeking solutions. We want cures for our maladies. We want plans to optimize away our shortcomings. We want politicians and CEOs who will "turn things around" and propel us forward on the ever-onward and ever-upward path of progress.

One of the hardest things for humans to accept is that most of our deepest problems are not easily solved.

I had a conversation a while back with a counselor friend where he shared the frustration he felt in his clients' expectations. They came in demanding to be fixed, and he could not do that for them. He felt great sympathy for why they wanted such a repair: for many of them, each day was a struggle. But there was no quick fix for the hardness of their lives, or even a slow fix with absolute results. All he could offer, he said, was some tools to allow them to keep struggling and maybe make the fight a little more manageable. Which was honest, but not the sort of answer his clients wanted to hear.

I think about this a lot as a pastor, too. People want spiritual fixes to their struggles. If they just had the right doctrinal idea, or the right spiritual practice, or could discern the God-honoring course in a certain area of their lives, surely the hardness would end. Wouldn't it?

So they thought, and a younger version of me as their pastor tended to think the same way. But I don't anymore.

These days, I find myself reflecting more on the constant biblical call to perseverance. Not to success, not to triumph, but to faithfully enduring the struggle of each day. "For you have need of endurance, so that when you have done the will of God you may receive what is promised." (Hebrews 10:36) Importantly there, having "done the will of God" is an image of the whole life of faith. It isn't obedience in a moment; it is obedience until the grave, because only in the resurrection do God's promises find their completion.

Paul reflects on suffering in his letter to the Romans: "More than that, we rejoice in our sufferings, knowing that suffering produces endurance, and endurance produces character, and character produces hope, and hope does not put us to shame." (Romans 5:3-4) This isn't the sort of solution most of us want. We suffer, and so we learn endurance, and so we become people with a character that endures, and such a character is good because it keeps us hoping for God's future deliverance. And that hope is certain, and it is an undeniably good thing, but again, its arrival is hidden in the age to come.

The life of love and obedience is one Christians are called not to conquer but rather to endure in. "As for you, brothers, do not grow weary in doing good." (2 Thessalonians 3:13) Meaning that it will be wearying. And, as the passage at the beginning of the post reminds us, we obey like one planting seeds in the ground; autumn will bring a harvest, but there are many months in between.

When I was young, I viewed my life sort of like a turn in my childhood games of Risk. Exploding out into the world, country after country crumpling before the onslaught of my enthusiasm and determination. I was going to conquer the world, and conquer my flesh, and conquer the Christian life.

These days, when I am being honest about my heart, I have to admit that there is deep tiredness there. A profound wearyness from years of wounds and griefs and ongoing temptations and losses and incomplete victories. The ordinary struggles, common to all of us: parenting, working, and living in community with people whose words are sometimes barbed and whose hearts are always imperfect in love. And struggles specific to my story: walking with a lover through cancer, burying a wife and 13 years of shared memories, the good but still-sometimes-wounding grace of remarriage, and some of the hidden hurts pastors often carry.

Maybe it's still like playing Risk, but like the game as a whole. Explosive victories, then overextension and slow crumbling retreat, over and over, until you are left just begging for the war of attrition to end.

If your heart is like mine, I just want you to hear this: Scripture speaks blessing over exactly this sort of life. Not that the pain isn't bad, and not that we don't long for it to end. But perhaps the biggest discouragement I know comes from the sense that we are failing because each day continues to be hard. Because the war isn't won, we believe that we are lost.

That is not failure; no, persevering in your struggle is the mark of success. Jesus meets us in it and continues to give us our daily bread and holds us and carries us, day after painful day. He does that, and we keep pressing forward, not because the sun will come up tomorrow but because we believe that, after a life spent in faithful endurance, the glory will make it worthwhile. "If we endure, we will also reign with him," as the apostle's final letter says. (2 Timothy 2:12a)

That is the hope, and it is enough, but it is a hope on which we often wait. In the meantime, the blessed life is simply the one that endures.