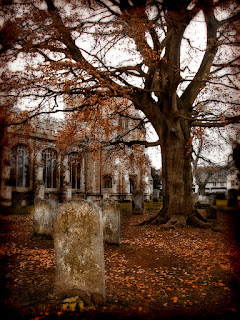 One of the things I never appreciated before becoming a pastor was how much time people spend being born and dying. Granted, the actual measurable time any one of us spends on those activities is pretty limited. But taken in aggregate, it's a staggering thing.

Taking them in aggregate, by the way, is necessary not because of some law of averages but because each life is an aggregation of the lives around it. Humans are never just pieces of trash discarded in a corner. Their comings and goings always shake the world around them. It's like a rock tossed in a pond - or, for some, like a match tossed in a bone-dry forest.

Someone is born, and everything changes. For their parents, for their families, for their community. For the world - the seven billion marbles crammed onto this earth are somehow so closely packed that each new one you shove into their midst causes the whole arrangement to shift.

Someone dies, and everything changes too. We've done such a good job stretching out and hiding away the twilight years that young people, if they're just a little bit lucky, don't see it. Death seems like something that happens on TV, and so we figure in a week or two (maybe a bit longer if it's over Thanksgiving or the summer break) and thing will have moved on. But it doesn't - for the living and the passed, death is in a real sense unrecoverable.

There was this moment, as a pastor, where I first found myself standing in front of an open grave and saying, "Ashes to ashes. Dust to dust." Which was kind of terrifying. But not nearly as terrifying as the later moment, driving home from the cemetery, when I started thinking about how many times I would end up saying those words over the next few decades.

Why is it terrifying? Because the grief doesn't cycle with the eulogies. A death lingers for years with those closest to it, and loving them means being with them in it for those years. And in those years, a lot more people die. Which means that suddenly you're sitting in your car looking down the highway and you feeling like the whole world is people grieving the deaths they've already had while more just keep getting piled on. Like you're in that earthen hole and the shovelfuls of dirt just keep coming.

Life is a lot harder than most people let on. There are a lot more tears in it than you think. Most people end up burying their grandparents and parents and aunts and uncles. Many end up burying their spouses and friends. Some even their children and grandchildren. And where the marble was pulled out, there is always an empty space. Even if new ones get pushed back into the pile, each individual life is irreplaceable.

But then I baptize people too. Which is doubly a reminder of life. Life in the physical sense, because I'm a pastor in a tradition that believes that baptism is a sign of God's promises, not our faith, and those promises are to us and our children, and so often it's an infant that's getting baptized. And so you think about birth. About how somehow there's all this pain and blood and then a human being is making itself known, screaming at the world and demanding to be noticed. About how there are little explosions of life like bombs of hope dropped in the middle of the sadness and dying.

Baptism is also a sign of spiritual life, of new creation and rebirth. Of the fact that Jesus is calling us to live. To wrest control away from our petty appetites and selfish lethargy and lean into the world in a way that shakes its foundations. That we are called not just to existence but to flourishing and rejoicing and all things being made new.

And then I start thinking about death again, because you can't really have one without the other.

Funerals and baptisms. Which for some people, I suppose, is meant to terminate in a reflection about the circle of life. How we are all Icarus in ascent and then fall. Or something. But that's not quite right. Because like we said, we are all aggregations. And so it's not simply that I was born and will die. It's that, to a lesser or greater extent, every one of us is living in the middle of birth and death all the time. Life keeps springing up around us, and it keeps fading away. The older you get (so I hear), the more true that becomes.

Every one of us is living in the middle of birth and death all the time. Life keeps springing up around us, and it keeps fading away.

The Christian story is built on the idea that these two realities will be with us every day. We have a story with creation, with light being called out of darkness and deserts turning to gardens. And we have a story with a Fall, with death and decay and a curse and the grave. To live as a Christian means living with both these realities. It means living into both of them.

Psalm 22 is famous because Jesus prayed its opening lines on the cross. "My God, my God, why have you forsaken me?" It's a psalm all about death and the grave and despair. And yet it is also a psalm about life and hope - "You took me from the womb, you made me trust you at my mother's breast." The psalmist seems to sweep back and forth between these two realities. "I am a worm and not a man, scorned by mankind and despised by the people." "The afflicted shall eat and be satisfied; those who seek him shall praise the Lord! May your hearts live forever!"

Our call, I think, is to seek to live into both halves of this psalm. We need the honesty and humanity to confront the funerals. It is a diminished and sad person who can't mourn beside a grave. Yet we also need the trust and confidence to smile with a baptism. To laugh and live with fountains of deep joy. The two aren't opposites - indeed, deepening in our humanity means deepening in our capacity for both. All our lives are always this - birth and death, baptism and funeral.
Labels: Death Sacraments