Plot Twists and the Old Testament 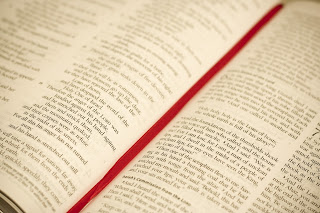 Thanks to some problematic comments by a prominent evangelical preacher about the Old Testament, much has been said lately about how we as Christians should think about it. I don't intend to retread all that ground. However, it does seem like a good time to discuss how we think about the relationship of the two testaments in Scripture. To get there, though, we first need to discuss something I am only slightly less passionate about: plot twists in books and movies.

The plot twist is a favorite modern narrative device. The first two acts seem to be unfolding in a predictable direction and then, as the third act opens or climaxes, something unexpected happens. Our preconceptions are upended and the story becomes something different than we thought. The best plot twists are powerful and memorable. The worst leave me raging and reaching for the remote (as my wife will gladly attest). They can leave us feeling inspired or cheated. Which leads to my core question - what makes the difference between a good and a bad plot twist? Let me suggest two elements.


First, good plot twists fit with what came before. They are surprising, but it is a kind of surprise that is followed by illumination. Our mind runs back over the story up to this point and it all makes sense. Details we overlooked, plot threads that didn't quite fit - suddenly they all flow together. We recognize the hints and see how the development was anticipated even if we didn't catch them at the time. Bad plot twists, meanwhile, are arbitrary and appear from nowhere. It is impossible to predict them. They don't cause us to reflect on what came before but to throw it out the window. They make the earlier story pointless. Their purpose isn't to surprise us but to trick us.

What does this have to do with the Old Testament? I would suggest that Jesus stands in Scripture as a plot twist. Yes, the story changes in the New Testament era. Jesus was in a sense unexpected - the struggle of many of His contemporaries to know what to do with Him is a witness to how things were changing. All of this means that Christians don't read the Old Testament in quite the same way as the New. There are things that have changed between then and now.

However, many modern Christians treat Jesus as a bad plot twist. He is something completely new, something nobody could have seen coming. He represents not a development in the story but a different story entirely. The first two acts are discarded or seen as only applying to one specific ethnic group while we are part of this separate act of God.

The problem with this is the problem with all such poorly executed narrative moves - it essentially invalidates what came before. The God of the Old Testament is left as seemingly separate from the God of the New. And what starts off as "separate" easily transitions into "opposed to," which was the heresy of Marcion, concluding that the Old Testament God was, in fact, the devil.

While Jesus represents a change in the story, it is the sort of change we see in the best plot twists. In the first place, Jesus fits with the Old Testament. His insistence was that He came not to overturn what came before but to fulfill it (Matthew 5:17-20). Indeed, Jesus says that the threads of the Old Testament all lead to Him (Luke 24:25-27). This doesn't mean that the connection was always obvious. A good twist makes us reimagine what different parts of the story mean. Elements that seemed insignificant might suddenly become crucial. However, there is a difference between reimagining and discarding. Everything still fits together; it's just that having this new piece of the puzzle makes us realize some of the other pieces need to be rearranged.

More than that, Jesus continues the Old Testament. The division we make between the two often comes not from how the New Testament views itself but how we view ancient Judaism - as something foreign and other. This stands in contrast to early Christians like Paul who saw Old Testament Israel as the still-flourishing tree and Gentile believers as ingrafted branches connected to this tree (Romans 11:16-18). Indeed, the whole New Testament takes pains to stress it is built on the foundation of what came before. Just look at this visualization of the New Testament's use of the Old. When Jesus or Peter or Paul quote the Law and the Prophets, it is with the goal of showing how they are building on them. For the third act to make sense, they insist, you have to understand the story that came before.

This leads to one great danger of disconnecting the Old and New Testaments. The more we remove the foundation of what came before, the more we tend to put our own foundation in its place, one defined by our culture or preferences rather than God. To change the analogy slightly - if you are reading an academic book, one of the things that happens early on is the "definition of terms." Anyone involved in technical discussions knows that words can be used in different ways. It is crucial, therefore, for a work to define how it means to be read.

The Old Testament provides the definitions for the new. When we hear that Jesus is a King or the Christ (a word that means "Messiah"), that God is loving or holy, that we are called to repentance or obedience - all of this assumes we have learned what those words mean by what came before. The New Testament might expand or develop some of those definitions, but it doesn't abandon or overturn them.

An example might help illustrate how this works. It is common for people to note that the New Testament describes God as loving and then use this to object to certain behaviors of the Old Testament God. However, the Old Testament also insists that God is loving, and it is this Old Testament idea of love that informs the New. If we reject the Old Testament's conception of love, we have to get our idea of love from somewhere else - from television, from personal preference, or from the spirit of the age. This means that we are no longer interpreting our lives via Scripture but instead interpreting Scripture via our lives. It is we who have authority over God's Word, not the other way around.

None of which means there aren't differences or things that are difficult to understand. The plot has turned in some significant ways. However, these differences make sense within the unity of the two testaments. For instance, the Old Testament contains certain laws the church does not see as binding on New Testament believers. Why? The Old Testament constantly anticipates that God's work in Israel will culminate in the Gentiles being gathered in (Genesis 12:1-3, Psalm 86:9, Isaiah 56:6-8, Malachi 1:11, many others). In the New Testament this begins to happen, and as this anticipation becomes reality, it means that parts of the Old Testament law aimed at distinguishing Israel from the surrounding nations no longer apply.

We can see this happening in Acts 10, where Peter is invited to meet with Gentiles who want to convert to Christianity. God gives him a vision which shows him that the laws about clean and unclean food are no longer binding, but this vision exists in a broader context - the Gentiles are no longer the "unclean" but are being gathered in, and so the laws meant to mark Israel as separate from their uncleanness no longer apply either. There is a change, but this change makes sense within the logic of the story, not apart from it.

All of which is to say that the two testaments are interdependent. We must read each in light of the other. The error of many in our world is to think that the New Testament makes sense without the Old. Yet this is to make God a poor storyteller indeed. In truth we are in the same story as Abraham and Moses and David. The plot has developed, but to understand it requires everything that came before.
Labels: Bible