When the Question Comes - Parenting in a Painful World 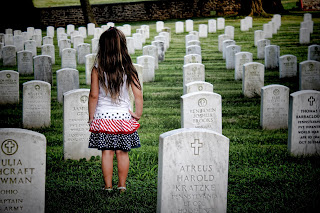 Today was the day our children asked the question.

As we had discussed how to walk through Elizabeth's terminal cancer diagnosis with the kids, we had arrived at the conclusion that we wouldn't lie to them but we would also give them space to ask about the mortality part of it in their own time. We told them her cancer was back, and that it wouldn't go away unless Jesus decided to heal it. They had asked about death back with the first diagnosis, and we had been honest but careful then: yes, she could die from it, but at that point we were hopeful that after chemo it would go away. We expected them to ask the same question when we told them it had returned, but they had studiously avoided it. Children facing big, hard truths often do this as a healthy defense - they're unable to handle something, and so they don't think about it. We wanted to honor that process and give them that space, although we had both agreed we would be honest when they asked. Which, as I said, happened today.

Our daughter asked it first, curling up in bed with my wife who was resting in the aftermath of a chemotherapy treatment. She edged up to it, wanting a promise that Elizabeth would never "be gone." Eventually the conversation reached the point where it was clear the words needed to be said, and so we said them.


Our 5-year-old son must have overheard some of it because he walked through the door in his direct way and inquired, "Are you going to die from the cancer?" And we told him that yes, unless Jesus chose to heal, she would. It would probably be a few years, but not forever.

They have spent the day reflecting on the news. It's clear they had both half-realized it already, given how it didn't seem shocking. Yet it was also clear that admitting it fully was new. There were lots of questions, and lots of professions of love. Perhaps the most heartbreaking moment: when our daughter asked if this meant Elizabeth probably wouldn't be there for her wedding or when she had kids.

My wife told the truth. And she wept.

I have spent the day reflecting too, reflecting on what it means to be a parent. So much of parenting in the modern world is about sparing our children suffering. Of protecting them and seeking to make them invulnerable. We have been put in a place where that is impossible. Where it is almost certain their little hearts will be broken, and that breaking will be one of the defining experiences of their lives.

No parent should have to do this, but it is making me realize the problem with how our modern world views parenting. We set out to protect our children, but perhaps protection isn't always what they need. Certainly, there are ways this is good - I'm not recommending recklessness or ignoring obvious dangers we should oppose. But just as certainly, this world will break their hearts. Probably sooner rather than later. The more we avoid admitting this fact the less we will prepare them to face that inevitable reality.

I think our children would be well served if we spent less time thinking about how to keep them from feeling pain and more time thinking about teaching them to bear it with wisdom and dignity. This is our calling: to teach them how to forgive an insult rather than destroy the insulter. To teach them how to rest on Jesus in the midst of suffering rather than be invulnerable to it. To model for them honesty about life's hurts, to let them see our bruises, and to show them that being a man or woman doesn't mean being strong enough to keep the world from hurting us but rather wise enough to let those hurts be a part of our strength instead of its undoing.

One part of this has meant that both of us are fighting the instinct to lie to our children. There is a great deal of this in modern parenting, albeit at times unintentionally. We try to be gentle and careful, to mind their childishness, but we are also trying to tell them the truth. In our desire to keep our children safe, we don't just avoid obvious hurts. We often hide from them the reality that these hurts even exist. Yet this is no service to them. The world is full of dragons; we ought not only speak of butterflies.

The other part has meant trying to model for them what we do with hurt. To pray with them about their fears, which means letting them hear us pray for ours. To teach them to admit their failures and own the guilt of them, which means repenting to them of our own. To show them that life is about finding a purpose in God's glory even as it nails us to a cross, which means taking up our cross and letting them see the splinters and holes in our hands. Doing this in an age-appropriate way, yes. But to make sure we realize that there is no age at which our children must not learn and grow.

All of this is hard, and none of it feels good. However, it is the only way to teach them the truth about pain. It is a part of life. We should not be surprised by it; rather, it presents us with a simple choice. Will we let it deepen us, or will we let it harden or destroy us? The great danger of our protection is that it leads us to make our children either too weak or too invulnerable. In either case, when life's pain comes, they will have learned the wrong lessons. Instead, our calling is to teach them the courage and wisdom that knows the way to peace is not away from pain but through it. The way to life always runs through the death that lies between.
Labels: Cancer Parenting