Let's Talk About That Gillette Commercial 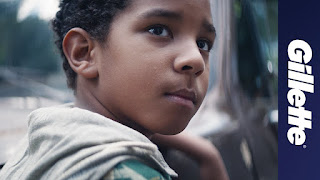 The internet continues to debate that Gillette commercial about toxic masculinity. As a pastor I am largely puzzled by the response of many evangelicals. On the one hand, I understand why they regard this as a shot fired in the culture war. In some ways it is. While the advertisement itself is laudable, in our partisan era, of course it gets coded as a progressive attack on conservative values. What that illustrates, though, is why participating in culture wars are a terrible idea for any follower of Christ.

We live in a time of debate about the “traditional male.” What exactly this figure looks like is part of the debate, but a few things seem clear. He is physically strong, blunt, and relatively unemotional. He regards himself as a protector and provider, particularly in the basic physical senses of those terms. He probably has a beard and likes meat and guns. In addition, he may or may not be prone to sexually harassing and assaulting women.

I feel uneasy about both those who attack and those who defend this stereotypical figure. In the case of the attackers, some of my discomfort stems from the fact that they struggle to articulate a compelling alternative. If all we communicate to boys is what they shouldn’t be, we deprive them of a positive vision for the future.

That said, my greater frustration is with those who defend this archetype, because I am an evangelical pastor and those tend to be my people. The reason for my frustration is that, if anyone should insist on the dangers of the “traditional male,” it is Christians. One of the foundational beliefs of Christianity is that humanity is fallen. While we still have dignity and worth, ever part of our being is also warped by sin. This necessarily includes our gender. The “traditional male” is a worldly archetype, and thus a sinful one. Of course it needs to be challenged and corrected, just like every artifact of our fallen world.

For Christians, our image of masculinity should always be Jesus, not some plaid-shirted lumberjack or ripped athlete. Jesus exemplifies some of the virtues those drawn to the traditional male admire, such as strength and courage. However, he also subverts our worldly expectations about each of them. He defeats His enemies by dying for them and provides for His bride the church by sacrificing Himself. His strength is directed toward healing hurts and pursuing righteousness. His courage is exemplified in His fearless self-denial for the glory of His Father. Inasmuch as our picture of the traditional male overlaps with this picture we can applaud it, but inasmuch as it pushes us in other directions (and it necessarily will), it must be opposed as a wicked perversion. Such is true of any creation of the sinful human heart.

At the same time, this is also why I wish some of my more progressive friends would spend less time attacking and more time reflecting for themselves on the positive example of Christ. I appreciate their concerns over the damaging ways a fallen view of masculinity has promoted evil, particularly violence against women. However, without Christ as our example, what ends up happening is that those attacking traditional masculinity end up enthusiastically pointing down a road to nowhere. As a consequence, they often end up exemplifying some of the same failings they seek to oppose. We must encourage Christlikeness in those we critique and in ourselves. Inasmuch as we attack a view we think is wrong without the gentleness, encouragement, humble self-dying and quick forgiving of Jesus, we are simply tearing down one destructive idol while erecting another.

Jesus challenges everyone. Jesus stands in opposition to all worldly powers. If we are Christians, we should expect such a constant challenge. It is only by letting our side, our cultural group, be shown as sinful that we can grow to be more like Him.

(Note: I've written on masculinity a few times before - you can find a few such articles here and here.)
Labels: Gender Politics