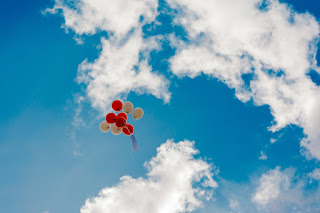 Last week, being ever the cheery bloke, I wrote a piece about the inescapable reality of death. I promised there that I would spend some time this week discussing the Christian hope. I also suggested that it is not, perhaps, what we think.

As I sat down to work through that hope, I realized more brush needed to be cleared before we could see it clearly. Two things are necessary for the good news to make sense. One is to name why mortality is so challenging to our normal ways of thinking and living; the other is to recognize why the “Christian-ish” answer so popular in our world is terribly inadequate to such a challenge.

First up, why is having an adequate explanation of death such a big deal? I would suggest that any meaningful answer to mortality must solve three problems.

The Problem of Loss

All of life in this age is lived in the shadow of entropy. Existence descends into non-existence. What we have becomes only had. From the earliest years of childhood, life is full of such losses, and coming to terms with each of them is one step toward confronting their ultimate expression in mortality. Death represents, in our world, a great and final separation.

Our problem is that, in the face of such loss, our temptation is to withdraw. I remember talking with a child who had recently lost a pet; when I asked him whether he was going to get another, he informed me that there was no point – after all, every dog eventually dies. This is one of the great dangers of death; as one thing slips through our fingers, it makes our grasp on everything else that much looser. Elizabeth and I have both commented on that tendency as we walk through her terminal diagnosis. While we fight to press closer together, the logic of the situation would really encourage us to withdraw. We need a higher logic if we are going to love deeply in a world where everything dies.

The Problem of Purpose
The entropy of the world doesn’t just encourage withdrawal; it also encourages inaction. Death lends the lie to all great human ambitions. This is true on the grand level, as all the mighty of the world must look on the level desert of Ozymandias’s dominion and despair. It is equally a struggle for us as individuals. Why seek to do anything that lasts when we might not be around to see it?

The key thing to recognize here is that finding purpose in the face of death is not the same thing as ignoring it. There are plenty of people who live in denial, pursuing purposes that the grave proves futile. “You can’t take it with you,” for all its triteness, is a condemnation on most of modernity’s ambitions. We need an answer that allows us to look with clear eyes at the fleeting character of life and nonetheless walk meaningfully into it.

The Problem of Goodness
Perhaps the greatest challenge of death is the way it is particularly corrosive to our moral purposes. We don’t like to acknowledge it, but within the secular frame, it is very difficult to explain why any moral condemnation can transcend mere disapproval.

In the first place, death provides the ultimate escape hatch. You only have to “get away with it” for so long. Tyrants and monsters might recognize they cannot escape condemnation forever; they don’t have to. Seventy years isn’t so long.

More than this personal problem, death represents a gaping void in the center of much of our moral discourse. If there isn’t some sort of moral reckoning beyond this life, we live in a deeply unjust world. People do terrible things and suffer minimal consequences; others live exemplary lives and die poor and lonely. Society spends a great deal of energy deluding us about this reality, but if we assumed that death was the termination point of existence and then asked how the world indicates we should live, the answer is “fast, getting as much of the pie as we can.” Who cares that neighbors or generations to come might suffer; after all, we’ll be gone, and soon they will be too.


Thus, The Problem With "Heaven"If we really appreciate the scope of those problems, we will begin to realize why modern America's semi-Christian answer is insufficient. Most people I meet have an eschatology that goes something like this: people die, and when they do, their souls go to heaven as long as they are “good enough.” Maybe there is a hell; we don’t like to dwell on it, although there are certain problems with letting rapists and serial killers into heaven. At most, we assume it is reserved for criminals and certain politicians. For the rest of us, our souls exist in a sort of blissful, semi-communal, semi-human state for all eternity. Such is the story we tell ourselves and our children when funerals for dying relatives intrude on our otherwise-assumed immortality.

The problem with this widespread story (besides the fact that it is almost entirely unbiblical and built on nothing more than happy make-believe) is that, while it does address our problems with loss, it utterly fails to address our issues with purpose or morality. To take the latter first – our cultural vision of the afterlife encourages only ethical mediocrity. There is literally no reason for us to be Mother Theresas; as long as we are enough better than Charles Manson to stay out of the Bad Place, eternity doesn’t care. Likewise, it is almost impossible to escape the fact that such a disembodied, pleasant eternity is almost entirely purposeless. We won’t be doing much and we will be spending a billion billion years doing it; no matter such ideas are ripe for mockery by the more nihilistic among us. A purposeless eternity likewise breeds a purposeless life. Indeed, I can think of no better preparation for such a “heaven” than to live on this earth as a lethargic, lukewarm American consumer.

Those Christians who only try to nuance this story don’t fully solve the problem. Most biblically engaged people will recognize that, if we are trying to be more faithful to Scripture, part of the story needs to change. If nothing else, the Bible seems much more pessimistic than modern America about the heaven-to-hell population distribution. Likewise, most evangelicals would want to stress that it is repentance and faith in Christ, not some standard of moral performance, that makes the difference.

While those quibbles might help some in the morality department, they still fail to address the larger issues. I suspect this is why many Christians struggle with two usually-unspoken questions: 1) why not live it up for now and wait to get saved later?, and 2) what does any of this have to do with why I should be a good husband, or go to work this morning, or not just hunker down and wait to die? We might make gestures at curtailing these problems, but the underlying problem is that many modern Christians have failed to appreciate that the whole picture of the afterlife we discussed above misses the actual Biblical story. It is not that death wins but that we have a haloed escape capsule; the biblical hope is something much different and greater. It is the death of death itself, the triumph of life and a story that gives purpose both now and to the hereafter.

That said, we’ll hold onto that for part 3.
Labels: Death