For the Brokenhearted, on Mother's Day 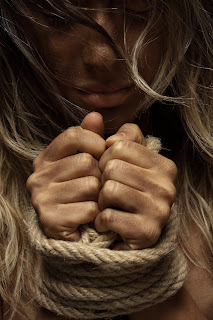 This is the reading we are offering at our church this Mother's Day:

For all those for whom motherhood is a painful reality:
Those struggling with the deep fear and sense of failure that accompanies raising children,
Those whose bodies are worn out, who feel their youth has somehow been stripped from them by this calling,
Those laboring without the partnering help of a father, whether he is absent physically or just emotionally and spiritually,
Those who have been wounded by the choices of their children,
Those whose own mothers were cruel or abusive or petty.

For all those for whom motherhood is a painful absence:
Those who grieve the loss of their own mothers, or wives or children, whether in death or broken relationship
Those who carry the silent grief of miscarriage, the identity-shaking pain of infertility, the dogged guilt of abortions, and the intangible loss of failed adoptions,
Those longing to be married who aren’t,
And all those other mothers and would-be mothers for whom life hasn’t worked out as you’ve planned.

For all of you, and also you whose pains I have not named, hear these three truths:
1. God loves you and delights in you not because of what you do but simply because He chooses to love you. You don’t have to be a certain way or do a certain set of things or keep up appearances to earn His love. On your worse day, when your heart is broken and when you have failed and sinned, He saw all those days and suffered and died in Jesus to speak love to you in the midst of them.
2. Your labor is not in vain. Whether it is the often unfulfilling work of being a mother or the work you do for His body while wishing for that vocation, in the Lord your work is established and valuable. Not one thing done for the kingdom is futile; whatever we build on Christ’s foundation in love will endure.
3. You are seen. By God, and by at least some of us, some of the time. Your tears have been numbered by your heavenly Father. Your pain is shared by Jesus Christ. We appreciate your struggles, and if we don’t, that is to our condemnation. Thank you, and I am sorry, and may you on this day be blessed.
Labels: Grace Longing