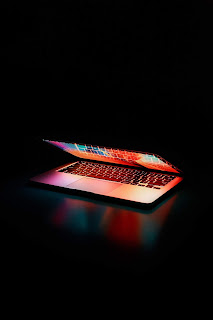 "Whoever trusts in his own mind is a fool, but he who walks in wisdom will be delivered." (Proverbs 28:26)

I vividly remember being in a conversation with an older gentleman a few years back. He was venting, in no uncertain terms, about the evils of technology these days and how it was ruining society. During our conversation, however, he kept checking his phone. By the fourth or fifth furtive pause and glance toward his lap, it took everything in me not to ask him, "If that is true, then why on earth do you have one of those?"

People naturally self-sort into two categories, the technology lover and the technology despiser. Both have simple answers to the questions of technology, but neither is sufficient. The technophile talks about the joys and freedom of modern inventions with a guilty twitch of the eye and fingers shaking like an addict for their smartphone fix. The Luddite rants against such modern devices, but tends to either still live in hypocritical technological dependence (consider the aforementioned fellow) or, at best, gripes without a sense of what we might alter to help technology improve.

The issue for both categories is that questions about technology aren't simple. As a pastor, I am often asked for hard and fast rules, but I cannot give them. Instead, what I tend to plead for is wisdom, that most elusive and crucial of biblical virtues. We need to be wise in how we engage with our devices.

In this and a few other occasional posts, I want to tackle some of the ways biblical wisdom should impact how we engage with technological progress. To start, we need to establish this more basic truth: we must exercise wisdom when we think about tech.

The Call to Intentional Discernment
The above proverbs all stress the same idea: we can do things that we are convinced are fine but that are ultimately killing us. The theme is so important that whoever compiled the book felt the need to state the same thing twice using the exact same words. Fools think they are being wise; the only way for us to be delivered from such folly is to recognize the danger and so seek to examine what we believe.

This is what we might call "intentional discernment." Most of us operate on the level of "common sense"- whatever strikes us as right, intuitively and unreflectively, must be so. The problem with common sense is that it is commonly wrong, which is what Solomon is trying to help us recognize. What seems obvious or the way things must be is, in fact, the product of my peculiar biases, history, and culture.

What is called for is an effort to discern the correctness of our beliefs. We must subject them to scrutiny, including both our own self-examination and the input of others. However, this discernment will not just happen. It cuts against all of our natural tendencies. We have to be intentional about it, proactively challenging and questioning what we believe about the world.

Benefit Blindness
Perhaps the greatest problem with technology is that we often fail to exercise discernment in its adoption. Because a product is new, we believe it must be used. More than that, the ways we use it tend to be whichever easiest and most obvious. Many people who would scoff at their teenagers' insistence that "all the kids are doing it" use exactly the same rationale for how they engage with devices in their lives.

This observation is not setting us to say that we must, therefore, reject every modern convenience. Rather, it is arguing that we need to subject them each to a process of testing and discernment to determine whether and how we should use it.

The most common failure in such discernment is what I call "benefit blindness." We are very good at naming the ways something is good or helpful; it is often much harder to recognize the hidden costs. Take the example of the very common question, "Should I get my young teen a smartphone?"

When I get asked that question, what I always ask first is "What are the benefits? Why do you want your kid to have a phone?" The response almost always highlights two benefits: keeping in touch with parents for safety and not being left out of relationships with friends, who are all socializing together via text and social media. We might summarize them with this simple chart.

Usually, this is all that parents (or the rest of us) can see. We have some nagging sense that smartphone use isn't great, but when we compare that with the obvious listed upsides, it is very hard to say no.

The problem, of course, is that every technology also has costs. I try to ask parents that question as a follow-up to the first, and while some of them have considered it, many have not, at least in a concrete way. So I try to help them name a few. There are the obvious issues of exposure to pornography and potential bullying (parents shouldn't kid themselves - if a teenager has a smartphone, it is almost guaranteed they will be exposed to porn through it at some point.) There is the constant pressure of peer engagement, the home no longer offering safe haven from the opinions and gaze of others. The constant distractions of alerts and the temptation to perpetually unlock your device have demonstrable negative effects on how young brains form. Screen use is also clearly correlated with significant increases in anxiety and depression, correlating with a massively higher suicide rate, especially for young girls.

The point of that exercise is not to condemn all smartphone use; we'll get to that discussion in a minute. The issue is that many people never bother to name the potential costs. "All the other kids have one" sounds compelling when there is no downside; if the object in question is literally killing some of them, the math gets much murkier.

Almost all technology is like this - coming with both a benefit but also an (often invisible) cost. Perhaps the greatest cost is that of our attention and time. Consider this. It takes an estimated 1,000 to 1,500 hours to become a very proficient piano player (i.e. not a virtuoso, but able to skillfully perform some Mozart and Bach). Likewise, writing a novel takes arout 500-750 hours. That sounds like a lot, but compare it to this: the typical American spends 3-5 hours per day on the recreational use of screens (i.e. television, Facebook, YouTube videos). If you took those hours and spent them doing one of the above activities, you would be a very proficient pianist or write to books in one year.

Of course, we might protest that we are just relaxing, but that doesn't remove the cost. Not all forms of relaxation are equal. Going for a walk in the woods, playing with your children, reading a book, exercising - these are all recreational activities with clear upsides. We need to explain why we are choosing this form of relaxation over one of those.

The point here is not to say that any hours spent on such pursuits is wrong. Rather, it is to ask us to step back and consider both what it costs us and what we might be doing instead.

Strategic Engagement
After we have been honest about the costs, there is a second step, that of strategic engagement. As we said, the above should not lead us to all-or-nothing conclusions about most devices and activities. Rather, after we name the costs we should ask "how can we engage in a way that maximizes the benefits while minimizing the costs?" If the answer is "we can't" - which it might be - then we should probably not adopt the technology at all. However, that is rarely the case.

Consider the question of teenagers and phones. There might well be ways to provide the benefits with minimal risk. Have a family phone they can take when they are somewhere you might need to contact them. Allow them limited device use while monitoring and controlling their activities (and probably still blocking all social media - the research on its negative effects is pretty overwhelming). Get them a flip phone instead. There are lots of options, but they all require rejecting simple answers and discerning the ideal course.

This is also true for us. A huge number of American adults, myself included, wrestle with addiction to their screens. The average American unlocks their smartphone 110 times a day - that means five times for each cigarette consumed by a pack-a-day smoker. It is deeply ingrained and habituated behavior. The first step in starting to change this is to subject our own habits to the above criteria.

First, I would encourage all of us to sit down and actually make cost-benefit charts for their typical online activities. Is seeing our friends' vacation photos on Facebook really worth the forty minutes a day we spend scrolling? (Exercising for just half that time would more than meet most doctors' recommendations). Is catching that late-night email worth the lost sleep? Does binge-watching Netflix actually make us happier than spending a comparable amount of time with a loved one or a good book in the backyard?

Second, after weighing those costs, ask whether there are steps you can take for the things you're not willing to give up that might nonetheless minimize the costs. Some months ago, for example, I ruthlessly purged my phone of alerts from all but the most essential apps. No more Facebook notifications that I had a new comment or offers of special deals from exercise apps I had forgotten I had even installed. One of the results is that I unlock my phone far less often, and when I do, it is on my timetable rather than some internet billionaire's. I remember hearing someone else suggest that you always stop watching Netflix shows five minutes before they are over or five minutes into the next episode; while it might be a bit confusing, it also removes the cliffhanger structure that keeps viewers coming back for "one episode more."

The point in all of this, remember, is to begin moving toward wisdom. We cannot be wise if we are not first self-reflective and discerning. As long as we engage with technology based on what seems normal on the surface or what everyone else is doing, we are almost guaranteeing ourselves harm.
Labels: Technology