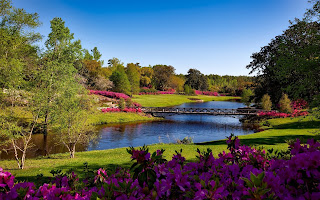 The story of the Bible is this: God creates a very good world that resonates with joy and peace and His glory and appoints humanity as its rulers and stewards. We rebel against God and wreck it. God saves us in Jesus, atoning for our sin and offering us new spiritual life, so that we might begin to live as citizens of that world that once was, because that is also the world that is coming. When Christ returns, sin will finally be destroyed and we will be made perfect and creation will be renewed. That, in one paragraph, is the Christian message.

One of the reasons we often fail to appreciate the breadth and depth of Christian faithfulness in this age is because our imaginations are unable to grasp what the world as it was created to be was and will be again at the restoration of all things. So just imagine it with me: what would a world without sin be like?

Human beings would be completely honest. What we said was what we felt and believed, always. What’s more, because our hearts are without sin, that honesty would never be hurtful or petty. We wouldn’t object to the prohibition against lying when someone asks if an outfit makes them look fat because we would recognize that our “yes” is still a product of the perverse idea that the human body can be anything but beautiful. We could speak our minds freely because they too would be pure. Nothing would be concealed because nothing would have to be. We would be, emotionally and spiritually as well as physically (if we desired) “naked but without shame.”

Humanity would have no conception of violence. This is true in the big picture: no more wars, no more shootings, no more crimes of passion or calculation. It would also be true of every petty violence. If someone passed us on the interstate, we would know it was because they had somewhere important they had to be. If someone gave us an opening to say something harsh, the words wouldn’t even occur to us. After all, feeling clever or looking good at someone else’s expense would seem a horrific price to even consider paying.

Sex would be celebrated but not idolized, kept secret out of a desire for intimacy but never out of shame. No woman would even know the sensation of being eyed in a leering or objectifying manner. No man would ever confuse the gift of his sexuality with the pretensions of power. Marriage would be a loving of and building up of the other, always a blessing. No child would ever be touched or spoken of in a way that objectified or violated them. We would never wonder if we are undesirable because we would recognize God’s delight and have hearts so full of it there is no room for anything else.

We would live in perfect peace with our neighbors. We would get to know them all, eager to learn about them and discover the wonders God had placed in them. Our tables would be nightly celebrations, friends, and strangers coming and going as we eat and drink and laugh the deep laughter of those with old minds and young hearts. You could ask a stranger on the street to keep an eye on your kids while you ran an errand and it wouldn’t even occur to you that they would care for your children any less than you would.

We would care for each other, each one in his or her measure, wherever there was need. Charity would be free both from the selfishness that prioritizes our comfort to someone else’s and the fear that we might be taken advantage of by someone else’s lack of scruples. Governments would exist, but they would be coordinating committees for our natural cooperation. There would be no police or army. Corporations would not exist, since there would be no crimes from whose liability people would seek protection. Every race and culture would be valued for the sliver of God’s infinite diversity they uniquely embody. People would work hard in jobs that fulfilled them simply out of a heart that loved the work and desired to make the world an ever-more-glorious place.

We would care for the world God had made. We would recognize that when we are called to rule and work creation and have dominion over it, that is a calling to reflect God’s dominion. Being perfectly in tune with Him would also make us perfectly in tune with the world. We would certainly still build cities and cultivate the earth, but we would do it mindful of the impact we had on our planet. Our appetites would be curbed so that we never demanded more of the soil than it could sustainably give. We would never harm God’s world in the name of bigger profit margins. Neither would we live in fear of the earth as a source of ecological or natural catastrophe. Humanity and the rest of creation would live in harmony as a single organism tuned for divine praise.

The remarkable thing about such a world is that I have only begun to scratch its surface. Consider a child: much of what constitutes their growing into maturity is the accumulation of scar tissue that lets them endure the hurts of this world. Learning how to hide their true feelings, how to endure insults, how to play the game. What would it even mean to be an adult if none of those lessons ever had to be learned? If I could show off my creations to the world with the same innocent exuberance my six-year-old son has in showing me his?

In one sense, such a sinless humanity dwelling in a sinless world is incomprehensible. They are a race as alien as any dreamed of in speculative fiction.

This world ought to convict us of our sin. Satan loves to kill our imaginations because it blinds us to our condition. We justify ourselves through the knowledge that we aren't all that bad, comparatively speaking. Such a delusion shrivels before the blinding light of what we were created to be.

Yet this world is also what we are called to begin to become. What our Christian obedience often lacks is such a robust, biblically-shaped vision. We get our list of six specific sins and fastidiously avoid them and wonder why God wouldn’t have more for us. Yet He does; we are simply too mired in the fall to see it.

Our job as Christians is to reflect on what such a flourishing, God-glorifying humanity looks like in all its splendor and then, while we will never come near to reaching it, spend this age following Jesus in a way that begins to make that new humanity ours.