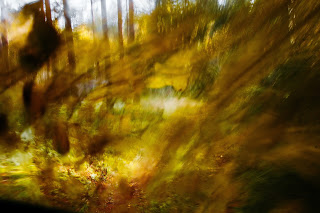 (Note: much of the below is a result of my reflecting on the book The Dangers of Christian Practice by Lauren F. Winner. I don’t know that we would agree about much in terms of ultimate conclusions, but the core idea is very much my adaptation of her approach, which I found extremely helpful.)

One of the realities of our crooked hearts is that both lies and truth can end up leading us into sin. Christian maturity lies in asking not only if we are right but if we are right in the right ways. By this I don’t mean some simple dualism between truth and love. I’ve never found that distinction helpful; lies are never loving. Instead, I mean something deeper and a bit harder to grasp.

Start with this idea: at least since Augustine, Christians have recognized that sin is not itself a substance. Sin is parasitic; it always results from taking good things created by God and twisting them. Sin corrupts and diminishes and destroys, sometimes to an extent that the original good becomes nearly unrecognizable, but it can ultimately only work with things that God has made.

Add a second observation: often, the ways this corruption works is predictable for a given good thing. Marriages, parent-child relationships, friendships, churches—they usually go wrong in foreseeable ways. Fathers force their sons to live out their unfulfilled ambitions. Neighbors quarrel over property lines. Prayer meetings become occasions for gossip. These are all familiar dysfunctions; a prayer meeting devolving into a property dispute would not be. They are familiar precisely because each aspect of creation has a certain God-given structure, and even as sin works to distort it, those distortions are working with that already-existing structure. I’m going to call these typical corruptions of sin “natural distortions.”

Let me offer an example. Baptism is a universal sacrament of the Christian church. Specific opinions about it vary dramatically from tradition to tradition, but let’s start with the big picture. What are some natural ways that baptism can go wrong?

I can think of at least two. One is formalism, confusing the act with the heart posture that it is meant to accompany or create. This distortions concludes that simply by getting someone wet while saying a certain trinitarian formula, the work of salvation is finished and nothing more needs to be done. I remember, years ago, attending the funeral of a man who had been an avowed atheist until his deathbed and being told by the pastor that we knew he was a follower of Jesus simply because of the rite he had undergone a few weeks into his life. I do not think Scripture would lead us to such a confidence.

Likewise, another natural distortion of baptism is tribalism. Baptism is meant to offer us a new identity and a new community in the church. It marks out the people of promise. However, as with any identifying marker (a flag, a family, a label), that can become an excuse to define the “us” and “them,” to exclude and attack outsiders. This runs exactly opposite to the missionary purpose of the kingdom, which tells us that the very essence of Christianity is to invite “them” into the people through baptism rather than drive them away (Matthew 28:18-20).

Differing Christian beliefs about baptism might likewise be seen as having natural distortions. For instance, should we baptize infants or wait until they are adults? Only one position can be correct Scripturally, but both can lead to abuses. Infant baptism can confuse loyalty to family with loyalty to Christ and is prone to offering false assurance of salvation; believers’ baptism breeds a sense of insecurity (was I really saved then?) and can lead to a neglect of gospel training for young children.

Again, the point is that the above errors aren’t just common, they are predictable based on the shape of baptism itself. Because it is a rite that involves physically marking someone, because it defines identity, sin will naturally distort it in these ways.

Why is understanding natural distortion important? A few thoughts.

First, and most importantly, we must constantly be mindful of the ways what we believe can tend to be corrupted by sin. It is easy to see and to safeguard against the natural distortions of errors; it is much harder to recognize them when we are convinced of the underlying truth. What you believe is prone to being twisted for sinful ends; if it isn’t, then you are no longer a part of our created-but-fallen world. To hold the truth faithfully means recognizing where it can go wrong for us and fighting tooth and claw against the forces within us that might pervert it.

One particular way this manifests is the blindness of partisanship—not in a merely political sense, but in terms of all disputed beliefs. We can think the truth demands a loyalty that pretends to incorruptibility. Take the example of baptism above. Proponents of both camps of who should receive baptism probably felt a bit defensive when I described their natural distortions while agreeing wholeheartedly with those of others. This is a normal but deadly tendency. To acknowledge the weaknesses of our side is to be more faithful to the truth, not less. Failure here is to be the Pharisee who stares past the plank in his own eye to remove the specks from those of others.

In addition, we should apply an understanding of natural distortions to our dialogue with those with whom we disagree. It is very common to point out dangerous potential in a position and then feel that we have refuted it; because it can go wrong, it must be wrong. A logical axiom tells us that abuse does not negate proper use, and the reality of sin’s corrupting power is why this is the case. There is no idea that cannot be distorted, no truth that cannot be abused in some way. At the same time, listening to those with whom we disagree can often help us recognize the ways our own beliefs can go wrong. Even if they are using such distortions unfairly, we should take the opportunity to hear and integrate their critiques into the ways we hold our convictions.

All of this is of course hard, and I suspect there are those who will feel that it is in some way compromising or needlessly squishy. We want to simply cheer for our side without giving thought to how it can become sinful. It is difficult to communicate absolute certainty about our ideas while also admitting that they can easily turn into errors. Yet that is precisely what Christian faithfulness demands: the humility to admit that we too are prone to sin, and the commitment to fight it in ourselves even more diligently than we point it out in others.