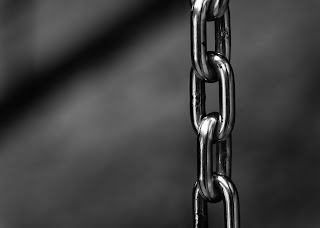 A conversation I have found myself having increasingly frequently with believers is some form of this: “how are we preparing Christians for the coming persecution?” I feel like I’ve at times floundered to give an answer; something about it often sits uneasily with me. I struggle with the way it is framed, and I want to spend a little time fleshing out why.

In the first place, I am temperamentally allergic to alarmism—at times to a fault. Perhaps it is my background training in history; perhaps it is noticing how often, in Christian books from the past, the point where they come to round us up always seems just a few years away. In addition, I’ve gotten to sit with some brothers and sisters who have experienced real global persecution, and I fear trivializing it. The worst-case scenario in our country in the next twenty or so years realistically seems to be a level of government discrimination against historic Christianity similar to that in Canada or parts of Europe. I certainly don’t want that to happen, as it will make ministry significantly harder in some ways, but neither do I view it as equalling the specter of gulags and torture camps.

My skepticism doesn’t mean I don’t think things might (and probably will) get more difficult for historic forms of Christianity in the United States. That seems likely; as the cultural consensus of Christendom crumbles,  social costs will increase and political costs may follow. Churches might lose their tax exemption. Some Christians might lose jobs at major companies because of their commitment to certain beliefs. That is real pressure, but it is a shift of degree, not of kind.

All of that said, my bigger issue with the question is the assumption of what such preparation looks like. Questions of persecution are almost always tied to cultural battles and ideas—in our country, they range from views on gender and sexuality to questions about politics and education and (recently) CRT. I appreciate Christian thoughtfulness on these issues, and as a pastor, I definitely look for opportunities to discuss them with others and try to communicate the biblical and historical thinking of the church where it applies. That said, what I sense is that many of those who want me to “prepare people for persecution” really mean they want me to talk about those topics more.

My problem with that approach is that I don’t think it will have the intended effect. When I think about Christians in parts of the world who navigate persecution faithfully, what strikes me about them is not their sophistication in discussing the issues of their day. Rather, it is their deep-seated faithfulness, commitment to the fellowship of the saints, and hearts captured by the love and glory of God.

So what are the things that actually prepare people to face persecution?

First and foremost, it is a deep and abiding apprehension of the worthiness of Jesus Christ: a settled sense of His sovereign power over the nations, a joyful realization of His undeserved love and kindness, and a view of history that recognizes that He is reigning and that He will return and vindicate the oppressed and make all things new. The best tool to equip a heart to endure suffering is a sense that the suffering is worth it, so we need people to see the glory of Jesus shown in the good news of His salvation.

Secondly, it is a countercultural way of living that exists parallel to but apart from that of the surrounding world. If we share our culture’s values, we will easily struggle not to share its unbelief. In 21st century America, that means countercultural practices in terms of hurry and busyness. We should be people committed to the Sabbath, carving out space for silence and prayer, fighting for intentional time spent as families, and resisting the intrusion of screens. It means killing our love of money through disciplines of generosity and contentment. The main vector that persecution will come, such as it will, is almost certain to be our wealth; we cannot be prepared to face it if we still have one hand clutching the idol of Mammon while the other is stretched toward heaven. It is these and similar ordinary but world-defying rhythms that will give us an identity robust enough to stand apart while standing firm.

Third, we will be prepared for persecution by an unwavering commitment to the fellowship and worship of the local church. The only way that cultural minorities endure is through a community that can lend encouragement and support. The greatest threat to the American church is not some government mandate or cultural shift but the ways our own individualism, isolation, technology addiction, detachment from place, and full schedules keep us from having meaningful relationships with fellow believers. Part of this is a commitment to the formal community of Sabbath worship and house gatherings; part of it is also an investment in real friendships around tables and in shared spaces where we can be honest, challenged, and built up.

Fourth, Christians need to be given real discipleship in the disciplines and the call to obedience of the Christian life. People need to learn how to pray, how to read the Bible, and how to live in the presence of God. The saints in past hard seasons of the church always stressed the centrality of such habits. Christians also need to grow in personal virtue and resistance to sin. For instance, it will do us no good to make public arguments about biblical human sexuality when we are privately addicted to porn or selfishly destroying our marriages. Compromise of beliefs naturally flows from compromise of morals.

And lastly, part of preparing for persecution means learning to view our lives through the lens of the mission of God, loving our neighbors and sharing the hope of Jesus with them. Too often we have treated things like caring for the poor, advocating for the downtrodden, working for the good of our communities, and proclaiming the good news of the gospel as secondary concerns, while our primary goals in life remained the success and comfort promised by the ads on TV and modeled by our Instagram celebrities. We need to reclaim a different vision of the successful life, one spent serving others in service to our Lord. This is a success that no persecution can rob from us.

All of which is to say: what Christians need in order to face persecution is what they’ve always needed in every age of the church: to be taught to follow Jesus, delighting in His work for them and seeking to do the work He calls us to do. It is spiritual formation and discipleship. The reason I struggle with much persecution rhetoric is that I’m afraid it can actually distract us from such foundational pursuits, which is to say, it is in fact increasing the likelihood that if such hardships come, we will fall.