Showing Our Sin and Sadness 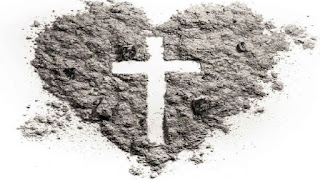 So to keep me from becoming conceited because of the surpassing greatness of the revelations, a thorn was given me in the flesh, a messenger of Satan to harass me, to keep me from becoming conceited. Three times I pleaded with the Lord about this, that it should leave me. But he said to me, “My grace is sufficient for you, for my power is made perfect in weakness.” Therefore I will boast all the more gladly of my weaknesses, so that the power of Christ may rest upon me. For the sake of Christ, then, I am content with weaknesses, insults, hardships, persecutions, and calamities. For when I am weak, then I am strong. (2 Corinthians 12:7–10)

Lent is a strange thing to our modern sensibilities.

We live in a world that glorifies strength. Or no, the world has always glorified strength, but our era of modern media has just made this more obvious. We are constantly confronted by the best looking, the most athletic, the smartest and most articulate people in the world – after all, they're the people we put in ads and on TV. We read books about life by people with talent and wealth we will never begin to approach. We live in a representative democracy where basically all of our representatives are millionaires. Because of this culture of strenth, we can have this sense that we need to look like such men and women ourselves.

The same thing can happen in the church. There are obvious examples – the television preachers and cults of personality that infect us. But it can manifest in subtler ways as well.

I remember, growing up in a certain strand of evangelicalism, being constantly warned about “hurting my witness.” Here's what that meant. We are supposed to tell people about Jesus. Obviously, one way to hinder that message is to do it in a way that is inconsistent with our lives. If we're selfish, faithless jerks, people probably won't believe us when we tell them this good news we've found.

There is certainly some truth there However, this idea of “hurting your witness” became something much more than that, both for me and for many others in the church. The problem, after all, is that we are all sinners. We will fail in all kinds of ways. We are weak.
So what I learned to do was to try to fake it. To hide my sin, to deny it and justify it, and to do that in the name of helping my witness. I would do everything I could to appear strong and put together because, I thought, that is what was needed for Jesus to be shown. My strength made Him look strong.

I recognize, now, how wrong that it.

In his second letter to the Corinthians, Paul is all about challenging that idea. Over and over, he sounds a different theme: that our weakness is, in truth, our strength. That we should publicly own and display our brokenness. Here's how he summarizes it in 2 Corinthians 11:30: “If I must boast, I will boast of the things that show my weakness.”
The passage above is just one example of that. Paul starts talking about this “thorn in the flesh” that he had. People speculate about what that was – an illness, poor vision, some besetting sin. I'm not going to engage in that speculation. What is clear is that this thorn in the flesh is a source of great anguish for Paul. He calls it “a messenger of Satan [sent] to harass me.”

Already, this is a big deal for Paul to acknowledge. In Corinth he is competing against these people he calls “super-apostles.” They are all about flaunting their gifts and their strengths. And they are seeking to discredit Paul's ministry. Yet here he is, talking about this thing he struggles with.

This theme only gets more striking as you keep reading. In verse 8 he tells how he repeatedly begged God to deliver him from this thorn, and God says no. So Paul isn't just telling people that he struggles. He's also saying, “My prayers? Sometimes they aren't answered.” Our instinct is to share the times God answers our prayers and to hide the times He seems to leave them unanswered. Paul, though, says “Let me tell you about this struggle where God hasn't shown up and delivered me.”

Why is he doing this? The answer rests in verse 10. God's response, instead of taking Paul's thorn, was to say, “My grace is sufficient for you, for my power is made perfect in weakness.” Therefore, Paul says, “I will boast all the more gladly of my weaknesses, so that the power of Christ may rest upon me.” For Paul, the gospel is not about his power but about God's power. He doesn't see his strength as an aid to his witness but actually as an obstacle. Being strong in himself actually hides the strength of Jesus.

The gospel rests on God's grace. It is not a message about God saving the strong. It is not a message about God making our weaknesses disappear. The gospel is the good news that Jesus forgives our sins, that he rescues us when we are helpless, and that though He is working life in us, that work is still by His grace, not a result of how strong we are.
The gospel is the problem with that idea of “hurting your witness” in the way I internalized it. It says that I am a sinner saved by grace. The more I pretend like I'm not a sinner, the more I try to disguise my weakness – that isn't making Jesus look bigger. It is making Him look unnecessary.

That doesn't mean that we should live in hypocrisy, of course. We should be seeking after righteousness, and that should be something the world sees. But more than that, I am convinced that the best way to help our weakness is not by hiding our sin but by bearing our brokenness for the world to see.

When you sin, when you mess up, what communicates the gospel more - to try to hide and cover up that failure? Or to own it, to repent publicly and freely? Too often we do the first, but it is the second that will really show forth God's love and forgiveness in Jesus Christ.
This is one of the reasons I find Lent to be such a powerful time in the church. It is the moment when we are supposed to bear our brokenness for the world to see. This is the season where we focus on acknowledging our sin. On admitting our sadness. On owning our thorns in the flesh and our unanswered prayer. On confronting our mortality and weakness.

It is common in some traditions for people to receive ashes on their heads on Ash Wednesday and then to leave them on throughout the day. Some people are suspicious of this, and certainly it can be done poorly. There is a sort of Pharisaism that can creep into such religious rituals. They can be a way for people to declare, “Hey, I was at church today. How about you?”

But there is also something beautiful about it, I think. Here are men and women walking the streets, going to work and the store, marked by the cross on their foreheads. Carrying a visible declaration that visible declarations that “I am weak. I am sinful. I am frail. Christ and His love endures.” We should all metaphorically be doing that all the time. Going out as people of the cross, people desperate for the cross. Living in the world as those who desperately need Jesus.

That has real power. That is true strength Which is Paul's point at the end of this passage. “[W]hen I am weak, then I am strong.” He isn't just giving some meaningless aphorism. He is acknowledging a deep reality – that the more we own our weakness and cling to Jesus, the more powerful our witness becomes. The world is full of dressed-up religious hypocrites. That won't draw anyone to the cross. But what will draw them is what always has – people of humility, of repentance. People who bear their brokenness and so bear Christ's cross.
Labels: Grace Sin