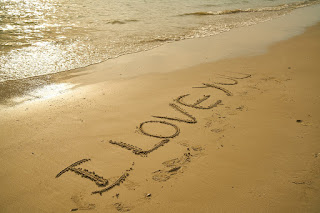 Love is a word of a million meanings. It provides the justification for people living their lives in foreign leper colonies, the purported answer to all the world's ills, the plea of young men wanting to fulfill overactive sex drives and the grounds for my children's argument that they should have one more cookie. Trying to discuss love in that holistic sense is the provenance of no single blog post.

So let's focus in on one specific species - what I'm going to call "coupling love." The love that drives dating and marriage and the pairing off that starts with teenagers awkwardly holding hands and ends in wrinkled old couples trading well-rehearsed jabs.

Coupling love, as much as it has always been a feature of human history, is still hard to define. While people usually take their ideas about it for granted, those ideas are very much a product of a particular culture and time in history. Let me try to boil down that history as simply as I can.

For much of humanity's time on earth, the driving idea of coupling love was duty. Duty to one's family, duty to one's spouse's family, and duty to society as a whole. This was true of the rich, where marriage was largely a tool for political and economic alliance. It was also true of the poor, for whom fulfilling one's marital obligations and raising children to care for you as you aged were necessities for subsistence. You coupled up because you had to - it was an obligation you performed to each other and to society.

While duty was the driving idea, it isn't the case that feelings were absent. In the first place, there was often the idea that within the context of duty there was a fondness and affection that should arise. More than that, there has always been a recognition of a second cause of coupling, which I'll call romance. Infatuation and sexual desire have always been part of the human experience. Helen and Paris, Marc Antony and Cleopatra, Guinevere and Lancelot - these were the fodder for centuries of swooning passions. Yet if you pay attention, you'll notice that all of these are cautionary tales. During the era of duty, romantic love was seen as a destructive force. It was so absorbed in the lover that families and societies could easily be consumed.


Beginning in the Enlightenment and reaching its height in the 18th and 19th centuries, though, romance came to eclipse duty as the driving force for love. Its destructive potential was ignored or denied, and instead it became the reason for coupling. It was an invisible force, an undeniable attraction that, when encountered between two people, demanded they give themselves to each other.

There was much that was positive about this change. Perhaps the greatest good of it was that it dignified the lovers and encouraged them to delight in each other. Marriages driven only by duty easily slipped into distance and misery. Yet there was also much that was problematic - the destructive potential of desire was still present. When a husband woke up one day to discover that his undeniable passion for his wife had withered under child-induced lines and sagging skin, while a new passion for his secretary had suddenly formed, it was hard to explain why that was a bad thing to pursue without resorting to the language of duty, which had now fallen quite out of fashion.

So far this telling might sound familiar - there are those who bemoan the rise of romanticism and pine after the days of simple faithfulness, although there is a different sort of romanticizing that usually infects their view of the past. I would suggest, though, that another shift has happened in the last 60 or so years which is equally important, if less remarked upon.

The hallmark of romantic love is the irresistability of its object. When it springs up, it is a force that demands you lose yourself in the other. This is perhaps its greatest impulse - the lover sacrificing for the beloved is a Christ-shaped image, after all - but also its greatest danger. To society, as we've noted, but also to the one in love. Because if the beloved does not respond with the same self-giving, what you end up with is codependence and abuse and pain. Anyone who has talked to a love-smitten youth in a bad relationship knows what this looks like.

In response to this danger, as well as resulting from other cultural forces like individualism and consumerism, a new view has arisen, that of love as self-fulfillment. The question of coupling is not about society or the other but about the self. What we should be seeking is that which makes us the best, most authentic person we can be.

Again, there is a wisdom in part of this idea. Keen observers of relationships know that to truly love someone else you have to have a stability in yourself from which this love flows. To give yourself to another, you need to first have a self to give. Again, though, there is also danger. As much as caring for yourself is important, egotism is an insatiable hunger in all of our hearts. "It's not you, it's me... who isn't getting enough out of our relationship" is a dangerous way to approach romance. Coupling will always require a giving up on oneself as well as a growing in oneself.

So that is the landscape we are left regarding. How do we as Christians respond, and perhaps more importantly, how do we think?

It seems to me that all three views have something true to say about how we approach love, but that all three of them must also be corrected by the gospel.

First, love as self-fulfillment. The truth here is that we need to be filled in order to pour ourselves out for another. The lie, though, is that we can find that fulfillment from the other. Two pitchers, both half-full, do not find themselves overflowing no matter how much pouring you do between them.

This is why Christianity argues that all human love is meant to flow from an experience of divine love. "Dear friends, let us love one another, for love comes from God... This is love: not that we loved God, but that he loved us and sent his Son as an atoning sacrifice for our sins. Dear friends, since God so loved us, we also ought to love one another." (1 John 4:7, 10-11) Biblical love always starts with God. He loves us in Jesus, we experience that love, and then we find love welling up within us. Instead of a pitcher, we become a spring with Jesus as the source. So we are called to seek self-fulfillment, but we are fools to seek it in a romantic partner. We find that fulfillment in Christ, and then we come into love relationships ready to pour ourselves out.

The point at which Christianity departs from the culture of romance is on the question of where it belongs in a relationship. In romanticism, desire is the grounds for relationship and commitment is its fruit. In Scripture, the order is reversed. Two are made one by a union of choice and promise, not of animal magnetism. Yet that commitment is the foundation of marriage, not its culmination. It is meant to overflow in joy. God saves us because of His unswerving faithfulness to His promises, yet that salvation results in Him delighting over us with singing (Zephaniah 3:17). We are called to nurture that same delight in our beloved, giving ourselves up not just because we must but because we thrill in who they are and who they are becoming.

Which leaves us with duty. Some of what must be said here has already been said, but let me make one more observation. The problem with dutiful love historically was not that it was too great, but too small.

Here is the duty Scripture calls me to, as a husband, "Husbands, love your wives, just as Christ loved the church and gave himself up for her to make her holy, cleansing her by the washing with water through the word, and to present her to himself as a radiant church, without stain or wrinkle or any other blemish, but holy and blameless. In this same way, husbands ought to love their wives as their own bodies. He who loves his wife loves himself." (Ephesians 5:25-28)

My duty in marriage is not brute fidelity. It is not just avoiding having sex with other women. It is not even just providing financially or being physically present. It is a giving up of self to make her pure and radiant, to love her as much as my own body, to see my love for myself fulfilled in loving her. The biblical duty of marriage actually includes both the biblical image of romance and the biblical idea of self-fulfillment. To be faithful to my wife, I must delight in her beauty and seek the resources provided in Christ to give myself up for her and lover her well.

Which is ultimately the Christian idea of love. Not some shriveled piece of the thing, but the whole of it, shown best in a God who forgives and delights and pursues and dies for His beloved. That is the corrective for every cultural notion of love, and the calling each of us is given.
Labels: Love