God in the Extraordinary and Ordinary 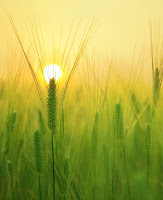 I want to talk about a couple distinctions that are useful for Christians as they consider the world. To get there, though, I'm going to start with an observation that might seem pedantic and curmudgeonly. If my wife were standing next to me, it would probably earn me a jab in the side and an “Eric, play nice” glare. But she isn't here, and it's a good introduction to the topic, so here we go:

Childbirth, and the babies it produces, are categorically NOT miracles.

I remember, earlier in parenting, people holding our children and saying, “Aren't you just little miracles?” Every time, there was this little theologian in the back of my brain who buried his head in his hands. Of course, I know what they meant. New life is a wondrous thing. Infants are beautiful. Which is true, but by skewing it over into the miraculous, it betrays two underlying confusions we have.

Let's start with the idea of a miracle. That word, properly speaking, isn't in the Bible. It uses words like “wonder” and “mighty act” to describe God's work in the world. The concept, however, is there – when Mary gets pregnant and tells Joseph she was overshadowed by the Holy Spirit, he understands that things aren't working the way they normally do.

When we talk about miracles, what we are usually talking about is something like that. Things aren't working the way they normally do. Something out of the ordinary has occurred. If we were being precise, we might define a miracle as “an event which cannot be accounted for by preceding natural causes.” It's something that is the direct result of direct supernatural intervention.

This leads to a first distinction, one between two views of the world. Naturalism is the view that insists that such supernatural interventions are impossible. Everything that has ever occurred can be explained by natural causes. Note that this view is different than naturalism as a methodology, a way of doing some specific task. Science is naturalistic in methodology. By it's very nature it can't really analyze the supernatural, since observability and repeatability are necessary for science to work. But science doesn't require naturalism as an overarching worldview. To insist it does is like the man who drops his keys in the dark but only looks for them under the streetlight because, you know, it's easier to see over here.

Against naturalism is supernaturalism. This has been the historic Christian view. It agrees that natural causes exist and that they account for the great majority of what happens in the world. Supernatural intervention, by its nature, is rare. However, it doesn't assume that such intervention cannot happen. So it is perfectly comfortable with something like science; it just assumes the set of issues science addresses is slightly smaller than the naturalist does.

(There is a third category, called occasionalism. It basically denies the distinction between natural and supernatural in the other direction, seeing everything as an immediately supernatural event that is directly, “miraculously” caused by God. This isn't the place to dig into that, but it has at least two theological problems: 1) Scripture seems pretty comfortable with viewing natural entities as having causal power – the rain makes the plants grow and so on – and 2) it really struggles not to make God the author and direct cause of evil.)

Anyway, I know all of that is a bit technical, so let's talk about what it means. First of all, this distinction should explain why childbirth is not a miracle. Reproduction is, thankfully, a part of the natural structure of the world. Given the fact that miracles are usually rare, if it wasn't, our species would be in big trouble.

Second, this distinction matters because it affects how we think about things like science. There is sometimes a hostility between science and Christianity fostered by the ignorant on both sides which stems from a sense that science and the supernatural are incompatible. Such a dichotomy is unnecessary. I don't think that science can explain everything – which, frankly, most philosophers who believe in things like morality or human rights agree with, nevermind miracles – but I think it is a great tool for explaining many things. While Christianity is opposed to naturalism as a worldview, it welcomes attempts to understand and explain the natural world.

Third, and this is where I want to spend some time, this distinction also helps us talk through a related issue, that of providence.

Providence is the way we talk about God's activity in the world. What set of things can we understand God as doing? The real reason a fuzzy discussion about miracles frustrates me is because it often indicates a confusion about how God is at work.

In Scripture, God's providence is seen as behind everything. Not that He directly causes everything – objects have the power to affect other objects, humans have the freedom to make choices, etc. - but that He is the ultimate force behind everything. This is part of why Scripture doesn't dwell on the idea of miracles. It speaks of God as being active in raising the dead and parting the Red Sea and as being equally active in making the sun rise and the clouds form.

Let me give a concrete example. About a month ago, my wife had a CT scan. She is a cancer survivor, and on that scan they found a spot right where you would expect to find a spot if her cancer was recurring. However, the spot was too blurry to tell if that's what it was. We had a week of anxiety and tears, and then an MRI to get a higher resolution image, and when we got those results back – there was nothing there. Not just that it wasn't cancer, but that there was nothing that would account for that spot.

I have had conversations with a number of people since then who proclaim it a miracle. While I don't say it in those conversations, my heart's response is always, "Maybe?" It certainly could have been miraculous – I'm a supernaturalist, after all – but it also could have been an error in the initial scan or something else entirely natural.

The point of providence, though, is that doesn't matter when it comes to how I approach God. Whether He intervened in an extraordinary way to heal my wife or whether He has simply been at work healing her through ordinary means like chemotherapy and surgery, it is all a product of His providence. I don't have to insist that it was miraculous in order to praise Him – I can do it either way.

The reason our love for the miraculous can be a problem is that it robs us of this ordinary, everyday wonder. I have watched all three of my children being born. Nothing is more natural, but that doesn't remove the power and the beauty. Indeed, there is something especially remarkable in recognizing that God didn't just keep this as a rare, supernatural occurrence. I know how those babies were made, and the idea that could create them – it is a wonder indeed. Along with all of creation, it should drive us to thankfulness and praise.
Labels: Miracles